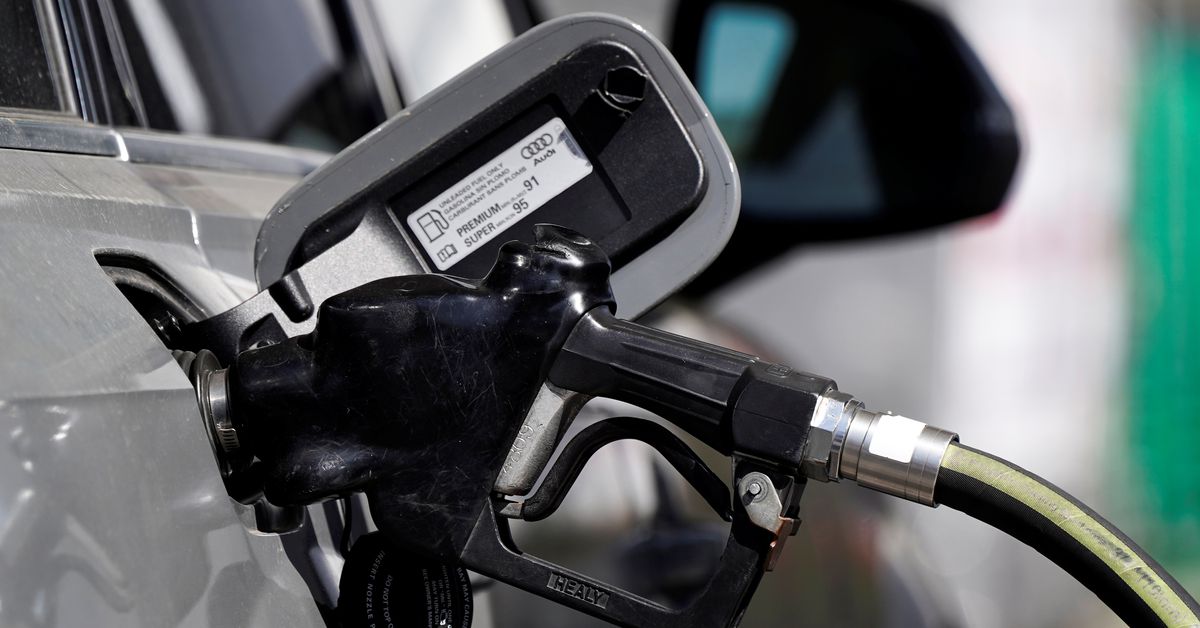 WASHINGTON, July 15 (Reuters) – US retail sales rebounded sharply in June as Americans spent more on gasoline and other goods amid rising inflation, which may allay fears of an impending recession but does not change the view that economic growth was tepid in the second quarter.

However, the economic picture is becoming increasingly gloomy. Manufacturing output slumped for the second straight month in June, other data showed on Friday, suggesting slowing demand as the Federal Reserve aggressively tightens monetary policy to bring inflation down to its 2% target.

Retail sales data this week followed news that annual consumer prices rose last month at the fastest rate since late 1981. The economy continued to create jobs rapidly in June. The reports reinforced expectations that the US Federal Reserve will hike interest rates by another 75 basis points this month.

“Buffered by high savings and rising wages, American households are spending nearly as much as they used to, but mostly to keep up with higher prices, not to actually buy more stuff,” said Sal Guatieri, senior economist at BMO Capital Markets in Toronto. “Nevertheless, today’s report could deter talk of a near-term recession.”

Retail sales rose 1.0% last month, the Commerce Department said. Data for May was revised upwards to show sales fell 0.1% instead of 0.3% as previously reported. Retail sales rose 8.4% year over year and are 18% above their pre-pandemic trend.

Economists polled by Reuters had forecast retail sales to rise 0.8%, with estimates ranging from a fall of just 0.2% to a rise of 2.2%. Retail sales consist primarily of merchandise and are not adjusted for inflation. The Fed has raised interest rates by 150 basis points since March.

The near-broad rise in retail sales last month was led by auto dealership revenue, which rebounded 0.8% after slipping 3.0% in May amid tightening conditions. Sales at petrol stations increased by 3.6%. Gasoline prices skyrocketed in June, averaging more than $5 a gallon, according to data from the AAA. Prices at the pump have since retreated from last month’s record highs, averaging $4.577 a gallon on Friday.

Revenue from bars and restaurants, the only service category in the retail sales report, rose 1.0%. There was strong sales growth in the furniture and electronics retail trade. Income from the sporting goods, hobby, musical instrument and book trade also increased. Online store sales recovered by 2.2%.

On the other hand, sales in the building materials, gardening equipment and accessories markets declined, as did clothing retail.

Despite strong retail sales, manufacturing is losing momentum. A separate Fed report showed that factory production fell 0.5% last month, matching the fall in May. This reflected the decline in the production of durable industrial and non-durable goods and contributed to the overall industrial production falling by 0.2%. Continue reading

Industrial production is one of several indicators tracked by the National Bureau of Economic Research, the official arbitration board for recessions in the United States.

“It’s not often that industrial production gets the recession call wrong, although there was a significant fall in factory production from late 2014 to early 2016 that was blamed on the oil price crash, and the manufacturing recession did not spill over into the broader economy said Christopher Rupkey, chief economist at FWDBONDS in New York.

Consumers lowered their inflation expectations in July, a fourth report from the University of Michigan showed. The inflation reports caused markets to scale back expectations for a full percentage point hike at the Fed’s July 26-27 monetary policy meeting. Continue reading

Stocks on Wall Street traded higher. The dollar fell against a basket of currencies. US Treasury bond prices rose.

Excluding autos, gasoline, building materials and food services, retail sales rose 0.8% in June. Data for May has been revised downwards to show that so-called core retail sales fell 0.3%, rather than flat as previously reported.

Core retail sales correspond most closely to the consumer spending component of gross domestic product. Despite the June surge, core inflation-adjusted retail sales were weaker, suggesting that consumer spending was slowing or even softening in the most recent quarter. However, as spending shifts back from goods to services, most economists expect spending to grow moderately rather than contract.

GDP estimates for the second quarter range from an annualized contraction rate of just 1.9% to a growth pace of 1.0%. The economy contracted 1.6% in the first quarter on a record trade deficit.

With the labor market adding jobs at a brisk pace and 11.3 million job vacancies at the end of May, a second straight quarterly contraction in GDP would not necessarily mean the economy is in recession. Excess inventories would likely account for much of the recent quarter’s GDP decline.

A fifth report by the Department of Commerce showed that corporate inventories rose 1.4% in May. Continue reading .

“We expect the economy to enter a recession towards the end of the year,” said Greg Daco, chief economist at EY-Parthenon in New York.