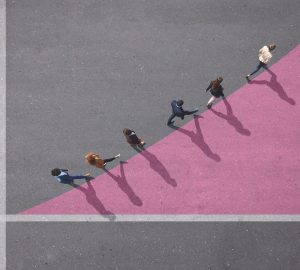 According to Lauren Bravo’s book How to break up with fast fashion, we only wear 10-20 percent of the clothes in our closets every day. Patrick Robinson – a designer who has transformed global brands like Giorgio Armani, Perry Ellis and The Gap – has made it his mission to transform the way we consume and our wardrobes. value sat down with Robinson to discuss the deep-seated issues of exploitation and excess in the fashion industry and how his regenerative brand, Pashhochanging the fashion landscape.

Growing up in Southern California, Robinson was surrounded by surf culture from an early age. “I wanted to make surf shorts and run my own business,” he says. After finding a successful niche designing and selling board shorts to his peers, he enrolled at Parsons School of Design. “I think my designs have always had a utilitarian edge,” he says. “Obviously the look of the shorts was important to me, but more than anything I wanted everyone to be able to wear them. It was very important to me that they bridge the gap between functionality and fashion.”

After graduating from Parsons, Robinson was hired by Giorgio Armani to overhaul a failed business model. During his five years at Armani, Robinson transformed the brand’s Le Collezioni line into an internationally profitable venture. Nonetheless, even in the early stages of his career he had made a remarkable name for himself as someone who not only understood design but also how to run a business. For over 25 years, Robinson has helped haute couture and other fashion brands rethink and rethink their business models. “I was fine on paper,” he explained. “I made good money. I ran global companies and led design teams in Tokyo, London and New York. But I’ve also made more clothes than anyone on earth could ever wear.”

“I felt like I was lying. I spoke out of both sides of my mouth. On the one hand I believed in sustainability, ethical work practices and community. But neither my dealings nor my actions reflected that,” he said. He knew he had to change something, and that’s how Paskho was born. Paskho is a company that strives to create functional, fashionable clothing to combat the issues of waste and exploitation that are rampant in the fashion industry. After laying the ethical groundwork for the business, Robinson began buying fabric scraps from factories.

“After seeing how much high-quality material is wasted, it made me feel like I was sticking to my values,” he explained. Even today, much of Paskho’s fabrics are saved from landfills, underscoring the critical importance of conscious consumption in today’s world. “Not only are our manufacturing practices sustainable, we create garments you want to wear anywhere: our clothes work at Heathrow Airport; they work on the mountainside; You work at the fanciest restaurant in Bologna,” said Robinson.

The brand works to address social inequalities in the United States by bringing jobs back to underserved communities while adhering to sustainable manufacturing practices. It’s a business model that aims to bridge the gap between the production process and the consumer by providing consistent, quality work to talented Americans who mostly work with their hands. Unlike other companies that have taken a financial hit during the pandemic, 2020 served as a catalyst for Paskho to launch its signature community-made-maker program.

Related The female disruptors are creating the future of fashion

“The global economy came to a standstill. And it just clicked for me. There are so many work-hungry Americans who already have the wonderful skills we need to increase our competitive advantage,” Robinson said. “We really did it.”

The first makers in the Program created by the community were the talented Broadway customers, seamstresses and tailors suddenly out of work during the pandemic. Paskho opened an eighteen-maker store in New York City, which allowed the brand to continue making and supplying clothing to consumers at the height of the pandemic when other companies couldn’t. The second maker community Robinson founded was in Gee’s Bend, Alabama, a community with a notable and unusual quilting tradition. Although the community’s quilts have been recognized as significant pieces of American art exhibitions at the Whitney and the Philadelphia Museum of Art, the actual quilters themselves have remained relatively obscure. They have made little financial gain despite the recognition of the art world.

Through the work of Upstart Co-Laba foundation that aims to connect capital with creative minds who make a difference, Robinson linked to the Souls Grown Deep Foundation, a non-profit organization dedicated to promoting the work of black artists from the American South. A year after launching the Community Made program in New York, Paskho created its second sewing pod in Gee’s Bend to provide the community’s skilled quilters with reliable salaries and work that recognizes their craft. In 2022, Paskho constructed his third pod at Eagle Butte on the Cheyenne River Reservation in South Dakota.

“Some of the worst systemic inequalities are perpetrated on Native American reservations,” Robinson said. “I know that I cannot solve these problems alone. But I hope I can make a difference by creating economic opportunity for our makers and their communities.”

By eliminating shipping processes, middlemen, and all the costs associated with overseas manufacturing, Paskho is able to turn a profit and pay its manufacturers and workers a fair wage. Everyone benefits from the regenerative business model, from makers to investors to consumers. “Not only are we doing the right thing by employing talented Americans, but we actually have a strategic advantage over other companies,” said Robinson. “Something we’re working on today will be ready in production in a week or less. Then we can start shipping directly to our consumers. I don’t have to wait or pay for a boat to get a shirt halfway across the world. We’re a much smarter, faster company.” Although it took some time for Pascho’s unusual regenerative model to take root from the start, investors have realized that having the production site so close to the consumer quickly pays off.

Paskho’s model offers real, measurable impacts such as job creation, more economic opportunity for chronically underserved populations, and less environmental damage. There is nothing political about Paskho’s philosophy and ethos. It’s a brand built on the simple value of being conscious of each other and our planet. Robinson wants us all to think about what makes us happy and what fulfills us. “It’s not our stuff, it’s not our property. It’s the care we give to the world and the people around us,” he said.

1960s paper dresses were made in Asheville by Mars Manufacturing Co.