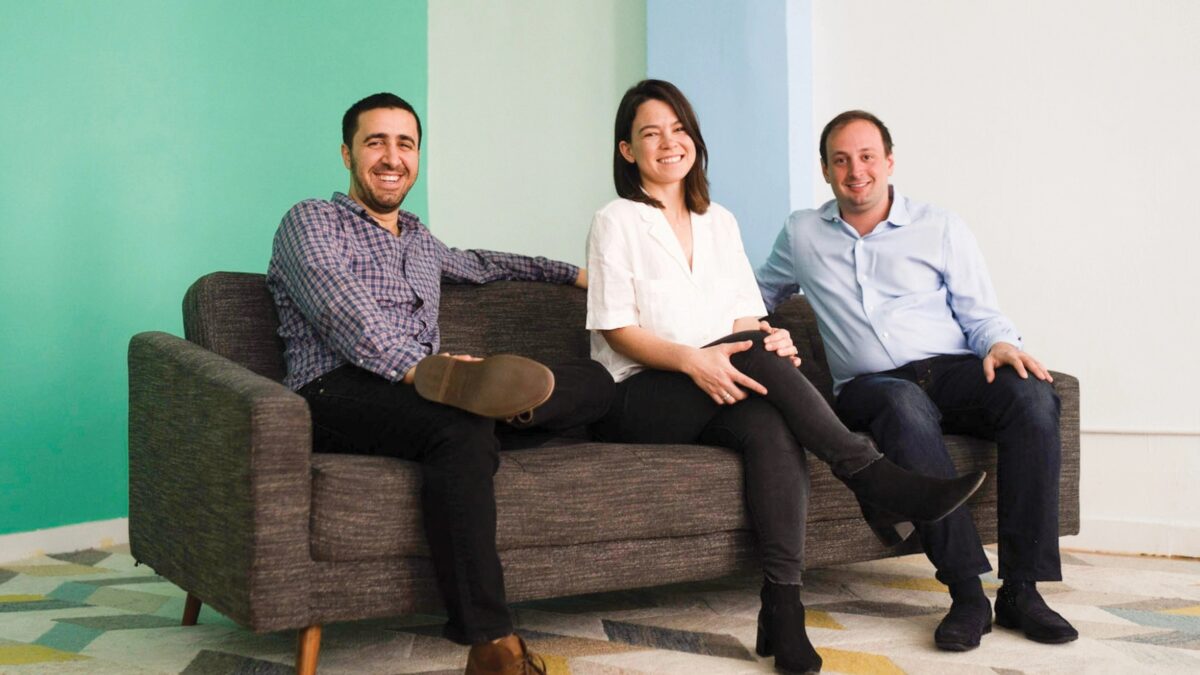 Fresh Prints reinvents classic college style, and this is just the beginning

Fresh Prints is a thriving business that started with a very bad decision. “We bought the company pretty blindly,” says Jacob Goodman. That was 10 years ago when Goodman and his frat brother Josh Arbit were students at Washington University in St. Louis. At the time, Fresh Prints was a failing clothing company that sold fraternity, sorority, and college brand merchandise founded by a few other students. The two friends bought it for $16,000, paying with Arbit’s bar mitzvah money. They thought it was an apprenticeship. You were right.

“We didn’t know what due diligence was. And we were like, ‘Oh, do we have to turn this thing off right now?’” says Goodman. That’s because within a month they were scammed out of $8,000 by a client and owed $25,000 in royalties that hadn’t been reported by the founders. But once they solved that, they started innovating — and today, Fresh Prints has 290 full-time employees and $40 million in annual sales. That’s how they did it.

The boys had already spent the bar mitzvah money and were now faced with back payments and losses. “So we had another bar mitzvah!” Arbit jokes. Seriously, what they did was tell their suppliers (printers, wholesalers, FedEx) that they had a temporary liquidity problem and they asked for a 30 or 60 day grace period to pay. Most said yes; it was a lesson in having honest conversations. They then secured licenses from the universities, fraternities and sororities whose marks they wanted to print on their clothing – and created a real foundation on which to build.

Their target customers were college students, so they figured their sales reps should be too. At first, they simply involved their friends at other colleges and trained them in a video meeting using a Google Doc with instructions. “But we had to figure out how to scale that,” says Jolijt Tamanaha, who became the third co-owner in 2015. They created recruitment channels such as LinkedIn cold outreach and referral campaigns, and developed a 3-week training program with a dedicated in-house team (now 13 people) to provide ongoing support.

Separate yourself from the competition

Tailored apparel is an old and crowded industry, but Fresh Prints has recognized an advantage: “Basically everyone in our space buys from the same five wholesalers that carry styles that were released 10 years ago,” says Tamanaha, “and these exist Garments have a budget-friendly throwaway vibe.” So in 2019, they focused on on-trend graphics. Then, in 2021, they launched their own high-end clothing line with a sweat set (coordinating sweatshirt and sweatpants) that was all the rage on campus and grossed more than $1 million in its first year .

“We’ve really focused on making the transition from a custom apparel company to a fashion company,” says Goodman. Meanwhile, with clients like Google, Amazon, and Uber, they’re venturing off campus into America’s corporations for a whole new revenue stream: “swag management” — mugs, water bottles, sweatshirts, magazines, and other merchandise that with company logos for, say, an annual retreat or Christmas gifts.

As Fresh Prints grows, it still stays close to the students; In fact, it now has 625 campus managers driving sales. “The most important thing we teach them is how many times they get rejected and have to fall flat on their faces to make it,” says Goodman. “There isn’t a class in college called Endurance 101.”

The Epoch Times Copyright © 2022 Views and opinions expressed are those of the authors. They are provided for general information purposes only and should not be construed or interpreted as a recommendation or solicitation. The Epoch Times does not provide investment, tax, legal, financial planning, estate planning, or other personal financial advice. The Epoch Times assumes no liability for the correctness and timeliness of the information provided.