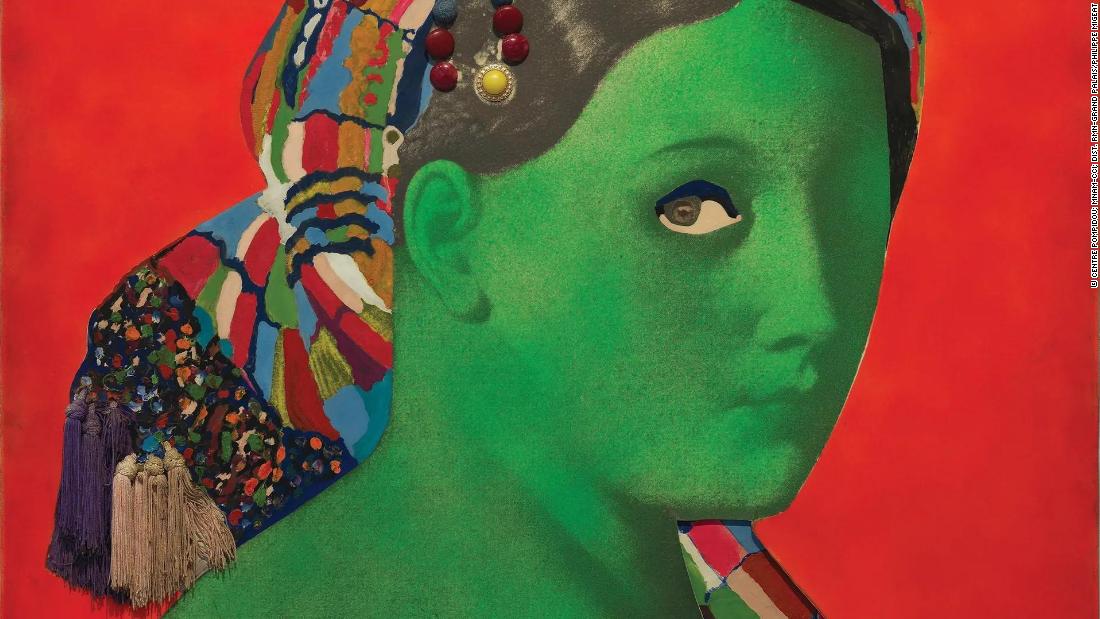 The most exciting exhibitions worldwide in 2022

Written by The art newspaper

This article was originally published by The art newspaper, an editorial partner of CNN Style. You can read their full articles on Year Ahead 2022 here.

This year’s must-see exhibitions include the return of the Venice Biennale and Documenta, blockbuster shows by Donatello and CÃ©zanne, and a sculpture festival for the World Cup in Qatar. Due to the ongoing Covid-19 pandemic, please check whether there are exhibitions before your trip.

Six decades ago, the first fashion show under the name Yves Saint Laurent (YSL) ran down the catwalk. To celebrate this milestone, six museums in Paris where the French designer sought inspiration have collaborated on a city-wide exhibition. Each will combine YSL creations with works by artists such as Mondrian, Picasso, Matisse, Bonnard and Dufy. In the MusÃ©e d’Art Moderne de Paris there will be three spectacular silk dresses next to Dufy’s “La FÃ©e ElectricitÃ©” (“The Electricity Fairy”, 1937), while the MusÃ©e d’Orsay will focus on his fascination with Marcel. Proust, who is believed to have inspired Saint Laurent’s Le Smoking, focuses on the first tuxedo for women. Meanwhile, the MusÃ©e National Picasso will explain how influential the Spanish master was on Saint Laurent, from the fashion designer‘s homage to Picasso’s “Ballets Russes” sets and costumes (1976) to his 1988 Cubist collection.Sarah Belmont

“The World of Stonehenge”

Stonehenge was built more than four millennia ago and is one of the most famous and at the same time most mysterious monuments in the world. Who were the people who built it and inhabited prehistoric Britain? “The World of Stonehenge” will show that, with trade links established with mainland Europe, they were more developed than generally assumed. One of the undisputed highlights of the show will be the 3,600-year-old Nebra Sky Disc, the oldest existing representation of the cosmos, which is discovered in today’s Germany and is being exhibited for the first time in Great Britain. -JosÃ© da Silva

This is the first retrospective of the pioneering American artist Faith Ringgold in her hometown of New York. The exhibition spans six decades of the 91-year-old artist’s productive career, from works created in response to the civil rights era to autobiographical pieces telling stories of the Harlem Renaissance. -Gabriella Angeleti

The 15th century Florentine sculptor Donatello was considered a “master of masters” in his time. Nevertheless, there has not been a major exhibition devoted to the work of the sculptor for almost 40 years. That is set to change in March, when a comprehensive overview of Donatello’s work is opened in Florence in the Palazzo Strozzi and in the nearby Museo Nazionale del Bargello, which houses the most important collection of the sculptor’s works, including “David” (around 1440). Smaller incarnations of the show will be on view in September in the GemÃ¤ldegalerie in Berlin and next year in the Victoria and Albert Museum in London. -Cristina Ruiz

With only three primary colors (plus black and white) and two ordinal directions, Piet Mondrian took painting to a new level of abstraction. His influence on modernism was immense – in the visual arts as well as in design, architecture and fashion. On the occasion of the 150th anniversary of his birth in Amersfoot, the Netherlands, several museums are presenting large overviews of his work. An exhibition at the Swiss Fondation Beyeler and the K20 in DÃ¼sseldorf begins with his early paintings, which were influenced by Dutch landscape painting and post-impressionism. It will then follow its development as it completely left the portrayal and ends in its right-angled miracles. -Lee Cheshire

A global pandemic, the catastrophic effects of climate change and developments in artificial intelligence are just some of the great threats to the future of humanity that artists are grappling with for this year’s main exhibition at the 59th Venice Biennale. “Despite the climate that has forged (the exhibition), it strives to be an optimistic exhibition,” its curator Cecilia Alemani said in a statement. You can find all the news about the country pavilions at Venice Biennale 2022: All national pavilions, artists and curators. -JosÃ© da Silva

When: During the whole year

Tom Classen’s “Falcon,” 2021. Credit: Courtesy of the Museums of Qatar

Football fans flying to Doha for this year’s controversial World Cup (beginning November 21) will be greeted by this monumental gold sculpture of Qatar’s national bird, the falcon. It was created by the Dutch artist Tom Claassen and is one of more than 40 new public works that will be created in the small peninsular state. The “Outdoor Museum” program is overseen by Sheikha Al Mayassa bint Hamad bin Khalifa Al Thani, the sister of the ruling Emir and the high-spending director of the Qatar Museum. Other works include pieces by Bruce Nauman, Isa Genzken, Subodh Gupta, Mark Handforth and Katharina Fritsch. -Lee Cheshire

“Still Life with Apples” (1893-94) is one of 90 oil paintings by CÃ©zanne that can be seen in Chicago. Credit: Courtesy of the J Paul Getty Museum

The Art Institute of Chicago and London’s Tate Modern are organizing the largest Paul CÃ©zanne exhibition in a generation. Simply called “CÃ©zanne”, it will span the artist’s entire career. In Chicago, where the exhibition opens, it comprises 90 oil paintings, 40 works on paper and two sketchbooks, in London it is slightly reduced (70 oils and 18 on paper). CÃ©zanne (1839-1906) has always been considered an “artist artist” and exerted a great influence on later painters, including Monet, Pissarro, Matisse and Picasso. He remains an inspiration, and among the exhibition lenders, Jasper Johns, the American abstract expressionist, will send three major watercolors (plus an oil painting of a nude to Chicago only) from his personal collection. The technical analysis of the artist’s color palette, composition construction, and punctuation will deepen our understanding of how CÃ©zanne created his paintings. Chicago promises that the show will “reshape CÃ©zanne, a giant in art history, for our time”. –Martin Bailey

Organizing the world’s largest and most influential exhibition of contemporary art amid a pandemic was a challenge, but after some doubts as to whether it could take place as planned, the Documenta Fifteen is due to take place in Kassel this summer. It is curated by the Indonesian artist collective Ruangrupa and promises to be a reflection of our times as well as previous editions of this extensive show, which takes place every five years. The artists invited are mostly from the global south, and many are activist collectives rather than individuals. These include The Nest Collective of Kenya, La Intermundial Holobiente of Argentina, Keleketla! Library of South Africa and Sa Sa Art Projects of Cambodia. Venues include a former department store and former wine depot, as well as more traditional locations like the city’s Fridericianum Museum. -Catherine Hickley

“The space in between: Modernism in Korean art”

The painting “Family” was created by Pai Unsung between 1930 and 1935, when Korea was under Japanese rule. Credit: Courtesy of Daejeon City

Last year interest in South Korean film and television skyrocketed, and Western art galleries are opening in Seoul. But the Los Angeles County Museum of Art (LACMA) has been researching Korean art for several years with a number of large exhibitions. “The Space Between” covers the critical but often overlooked period from 1897 to 1964, from the end of the Joseon period, the last Korean dynasty, to the colonial period (1910-45) when Korea was under Japanese rule, and the Korean War ( 1950-53), which brought with it strong American cultural influences, particularly Abstract Expressionism in the visual arts. Recent artists have also been influenced by the European Art Informel movement. The exhibition concludes with a look at modernism and the beginnings of contemporary art, including artists such as Youn Myeong-Ro, Lee Sangbeom and Park Rehyun. It is a great story told through the work of 90 artists and 140 paintings, photographs and sculptures. – Scarlet Cheng