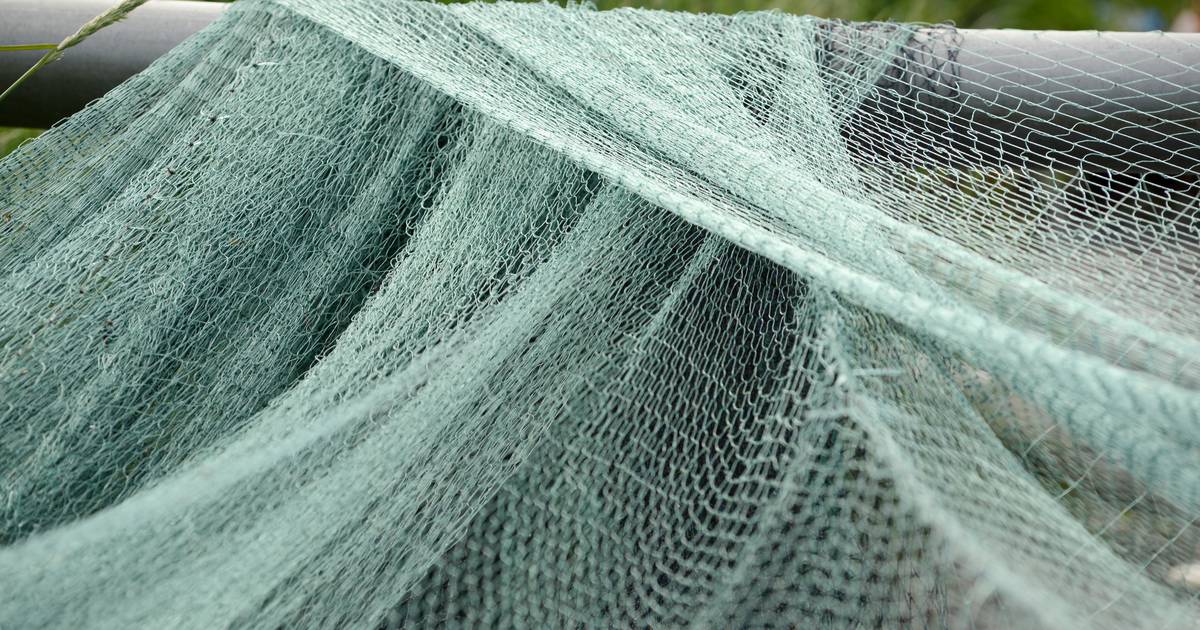 Grundens, whose motto is “We are fishing”, is a popular brand of outerwear and foul weather gear for seafarers around the world. Founded in Sweden in 1911, the company introduced its NetSource Collection this spring. The men’s shorts and women’s leggings use ECONYL, a regenerated nylon fabric that uses recycled fishing nets as raw material.

The company is associated with the Copper River Watershed Project, which collects the fishing nets and prepares them for shipment to Europe, where they are recycled into plastic pellets, or in this case, fibers.

“We believe it’s really important to use our brand voice to help protect and maintain a healthy marine environment and to help where we can,” said Mat Jackson, Grundens’ chief marketing officer. At some point you just have to start doing it. And Cordova seemed like a real opportunity.”

“The gillnet fleet is pretty dialed in and the calves are made out of the same type of plastic, so these two types of gear can be recycled together,” she added.

“Right now it’s just a small part of our overall collection, but we’re trying to expand it to other items, including foul weather gear. We really believe in that,” Grundens spokesman Corey Lowe said.

“We are aware of the amount of ghost nets and plastics in the ocean, so whether we do it or our competitors do, we want more of it to end up in the recycling supply chain. We see it as a rising tide raising all boats and positive for the industry as a whole,” said Lowe.

He added: “Hopefully when fishermen buy something from us later, it’s kind of cool to think, hey, my net is hanging off my shoulders like a jacket or something.”

Grundens now also uses a 100% biodegradable packaging called PLA, the raw material of which is glucose from corn starch. It decomposes completely in less than a year. By June 2021, all products will be shipped in compostable eco-packaging. “Grundens encourages other brands to follow suit and increase the rate at which plastic bags are eliminated from the apparel supply chain,” reads a press release.

Recycling Road Trip – Grundens also has an eye on old fishing gear from Bristol Bay, where the district will consider a Net Your Problem funding proposal at its June 7 meeting.

Founder Nicole Baker said she has “tentative commitments” from the Regional Seafood Development Association, Bristol Bay Economic Development Council and Grundens to help fund the first year of recycling there.

“If that gets approved, keep your fingers crossed that we can start in 2022,” Baker said.

She and her team members will also be in Cordova June 8-8 and Homer in mid-June to talk to people about starting a program there. They will be heading to Dutch Harbor on June 18th.

“We will work with the city to sort the landfill and recycle what we can and also push for the boats to be recycled,” Baker said.

In southeast Alaska, Friends of Recycling collects fishing nets in Haines, and RecycleWorks in Juneau does the same in Aurora Harbor. Kodiak is still accepting trawls and “things are in the works” for other gear, Baker said.

The Dillingham program is closed, Baker said, and the landfill there won’t accept fishing nets.

“I hope these two forces will encourage fishermen and other companies to work with us to get things moving again,” she said.

Baker is conducting a survey to estimate the amount of fishing gear available for recycling in Alaska and said, “Every single fisherman except one has said they think recycling is a better option for their gear than landfill .”

The problem, she added, is “how do we pay for it. Do our values ​​and morals align with our budgets and the costs of other alternatives?”

Much of this is due to human behavior.

Net Your Problem is one of 10 finalists in a global Solution Search competition for behavior change solutions to plastic pollution.

It is sponsored by the Center for Behavior and the Environment and the winner will receive a $25,000 stipend. Project backers can vote once a day until June 11th.

Dutch does it again – Dutch Harbor easily claimed the title of the nation’s top fishing port, Naknek laid claim to #2 in dollars crossing the docks, and salmon ousted lobster as America’s most valuable fish.

These are a few takeaways from NOAA Fisheries’ 2019 Fisheries of the US report. It also covers trade, mariculture and more for almost every fish in the sea and is packed with colorful graphics. A snapshot:

Dutch Harbor was the leading port for fish landings for the 23rd consecutive year with 763 million pounds valued at $190 million.

In terms of value, New Bedford, Massachusetts, stayed at the top for 20 years with $451 million due to expensive scallops being landed.

Of all the fish species caught by US fishermen, Pacific salmon had the highest value at $707 million for £840 million. Alaska accounted for 99 percent of the total US salmon catch.

The average salmon price for Alaskan fishermen was 81 cents a pound, up from 99 cents in 2018.

Overall, US fisheries produced 9.3 billion pounds worth $5.5 billion in 2019, flat with the previous year.

Alaska fisheries generated 60% of US catch and 33% of value.

For recreational fishing, spotted trout was the #1 catch for US anglers, followed by smallmouth bass and bluefish.

And Americans ate slightly more seafood — 19.2 pounds per person, up two-tenths from 2018.