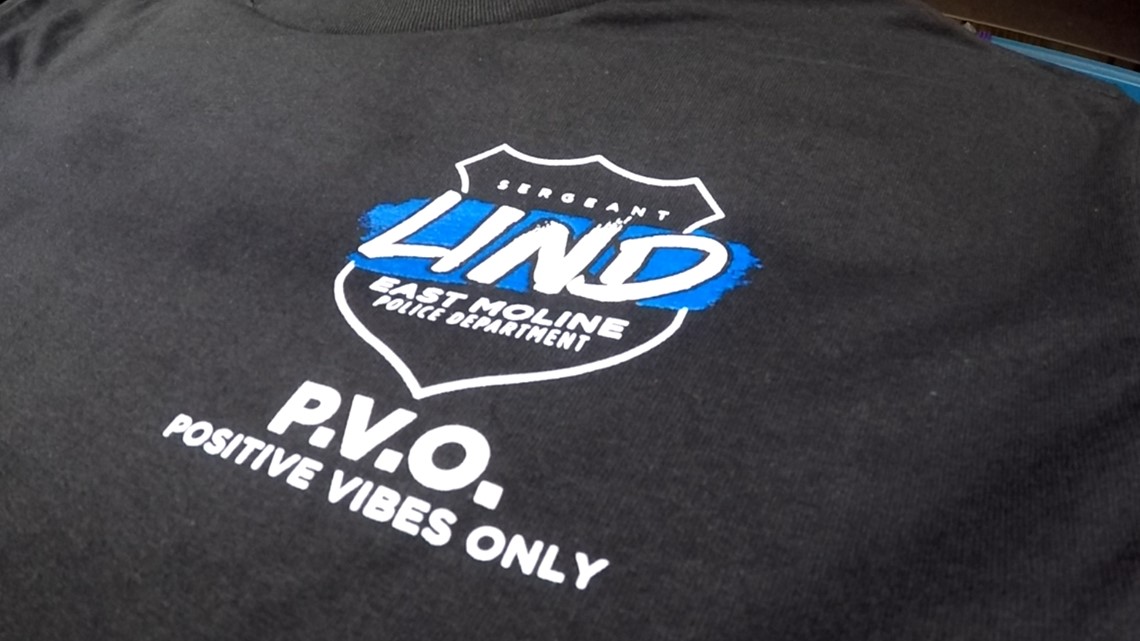 The Aledo company makes shirts to help the Lind family

ALEDO, Illinois – An Aledo apparel company is printing shirts in support of an East Moline police officer wounded on the job.

Arsonist Adrian Rogers, 52, attacked Sgt. William Lind while the officer was trying to arrest him, police say. Police added that Sgt. Lind is still recovering at a hospital in Peoria.

Clothing company Primetime Apparel decided to create shirts after hearing the news as their owner has known Lind for years.

“That’s exactly what we do, which is to help other people in times of need, and that’s what we’re doing here,” said Justin Roessler, general manager of Primetime Apparel.

The company worked closely with the Lind family to create the design, which carries a unique message: “PVO” or “positive vibes only”.

“It comes straight from the family, and the family lives on it every day,” said Rössler.

“The most rewarding thing is seeing something public that you’ve made and that the community is 100% behind,” Roessler said.

The shirts are available at this link. Visit Primetime Apparel’s Facebook page for more information.

The sale runs through Sunday, November 13, and half of every $20 t-shirt goes to the family.