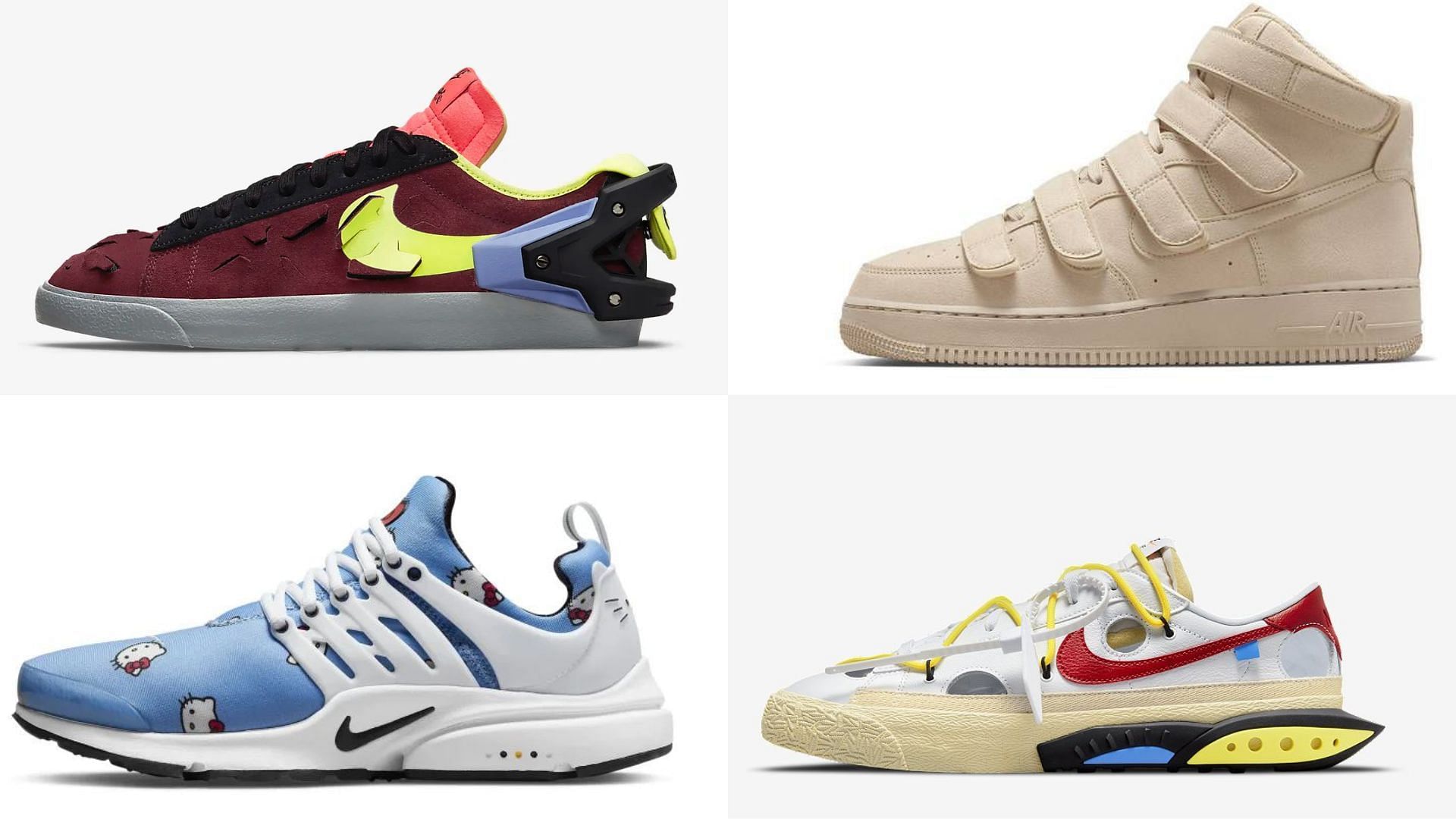 The 5 best Nike collaborations of 2022

When it comes to sneakers, Nike controls a large part of the market. The Swoosh covers every aspect of the equation, from performance footwear to high-profile collaborations. No wonder Nike’s sneaker partnerships are among the largest.

The sportswear giant joins without restrictions. From anime to movies, from high fashion to ice cream brands, the brand has launched many unique collab sneakers over the years.

Because Nike sneaker collabs are so popular, they sell out fast. If you want to know more about the latest collaborative projects, read on as we’ve featured some important ones.

Longtime partners Supreme x Nike also reunited in 2022. The dynamic duo have redesigned several of the footwear manufacturer’s classic models, including the SB Dunk High and the Zoom Air Flight 95.

On May 5, 2022, the Zoom Air Flight 95 silhouettes of the collaboration debuted. The sneakers come in black, beige and blue colors and feature stunning bandana designs throughout. You just can’t turn away from that.

The suede and leather pair is adorned with mesh tongues and two-tone speckled laces. The beautiful Supreme logo is featured on the tongues while the distinctive Swooshes are added to the lace dubraes and medial sides of the sneakers.

The chunky outsoles are also adorned with similar bandana prints and branding. These masterpieces retail for $140 and are sold by Supreme’s e-commerce site.

Another notable Nike 2022 collaboration was with Grammy winner Billie Eilish. In April, the bad guy The singer has teamed up with the sportswear label to re-imagine the iconic Air Force 1. She gave AF1 a “mushroom” makeover. Alongside this, the collaboration was also working on a related apparel collection, which was released alongside AF1 Billie on April 24th via store.billieeilish.com, followed by April 25th on the SNKRS app.

This is what Billie Eilish said about the collaboration:

“The challenge and opportunity with this collection was to respect the originals but make them my own. Also, it was important to me to mix in the most eco-friendly materials possible and present them in a way that feels fresh.”

Showing her ecological awareness, Billie chose a synthetic nubuck material with 80% recycled resources to manufacture the AF1. She created the pair with wide midfoot straps borrowed from the other two Nike favorites, the Alpha Force Low and the Air Trainer 3, underlining her signature style.

Those five Velcro straps were the most attractive part of the sneakers, which were priced at $170.

This collab clothing collection consisted of tonal mushroom hoodies, sweatpants and t-shirts. Reflecting the singer’s signature style, all three pieces are oversized and embellished with muted “Billie Eilish” silicone prints. The range of clothing ranged from $45 to $100.

While there are multiple partnerships and releases in the sneaker world, few are as cryptic as the Hello Kitty x Nike Air Presto, which was supposed to debut in 2004 but never did. Unfortunately, retail distribution was never planned, and only 12 pairs were distributed to family and friends.

However, those rumors picked up steam again in August 2021, stating that the collaboration will be finalized in 2022. Sanrio finally confirmed the rumors when it revealed official photos of the Nike Air Presto earlier this year.

Designed by Yuko Shimizu, Hello Kitty faces are squirted across the kicks and rest on a Light Blue upper. The cool tone of the sneakers is well combined with the white midsoles and TPU cages. These cages encapsulate the knitted upper, which is heavily influenced by Hello Kitty’s original color scheme. In addition, white laces are used to emphasize their appearance.

The tongues and heels are decorated with the character’s red bow to complete the shoes. The insoles show a rich green and rainbow environment that mimics the Sanrio world.

In addition to the Air Prestos, the collaboration also designed a playful line of apparel, including hoodies, t-shirts and pants. All whimsical pieces are covered with little Hello Kitty prints.

Virgil Abloh’s death is still difficult to comprehend given his immense impact on the sneaker and fashion fields. Nike, like most of us, mourns the passing of the designer, and so to honor his rich legacy, the brand released the Off-White x Nike Blazer Low earlier this year.

The Off-White x Nike Blazer Low boots were released in two different colorways: black and white. These silhouettes bring together a hybrid, multisport style and conform to Virgil Abloh’s open-source approach to product creation and modification.

Released on April 8th, these chic sneakers cost $140 and were sold through SNKRS.

Before completing the list, how to miss the Nike x ACRONYM partnership! Errolson Hugh’s affiliation with the sportswear giant seemed to have ended with his departure from ACG. That appeared to be the case until 2021, when sneaker detectives unveiled the news from the ARCNYM designer, who was working on not one, but two shades of the Blazer Low.

The ACRONYM x Nike Blazer Low was launched in two colorways: Maroon and Black. Released on February 9th, the kicks were sold through SNKRS and Nike outlets. These whimsical pairs fetched $140 each.

The collab’s Blazer Low was like a work of art, decorated with graphics by NESM (Japanese graffiti artist) and work by David Rudnick (typographer).

This venture in 2022 was also the ACRONYM’s first official apparel partnership with Nike. Clothing ranges included woven and knitted jackets, pants, T-shirts and more, and ranged in price from $90 to $300.