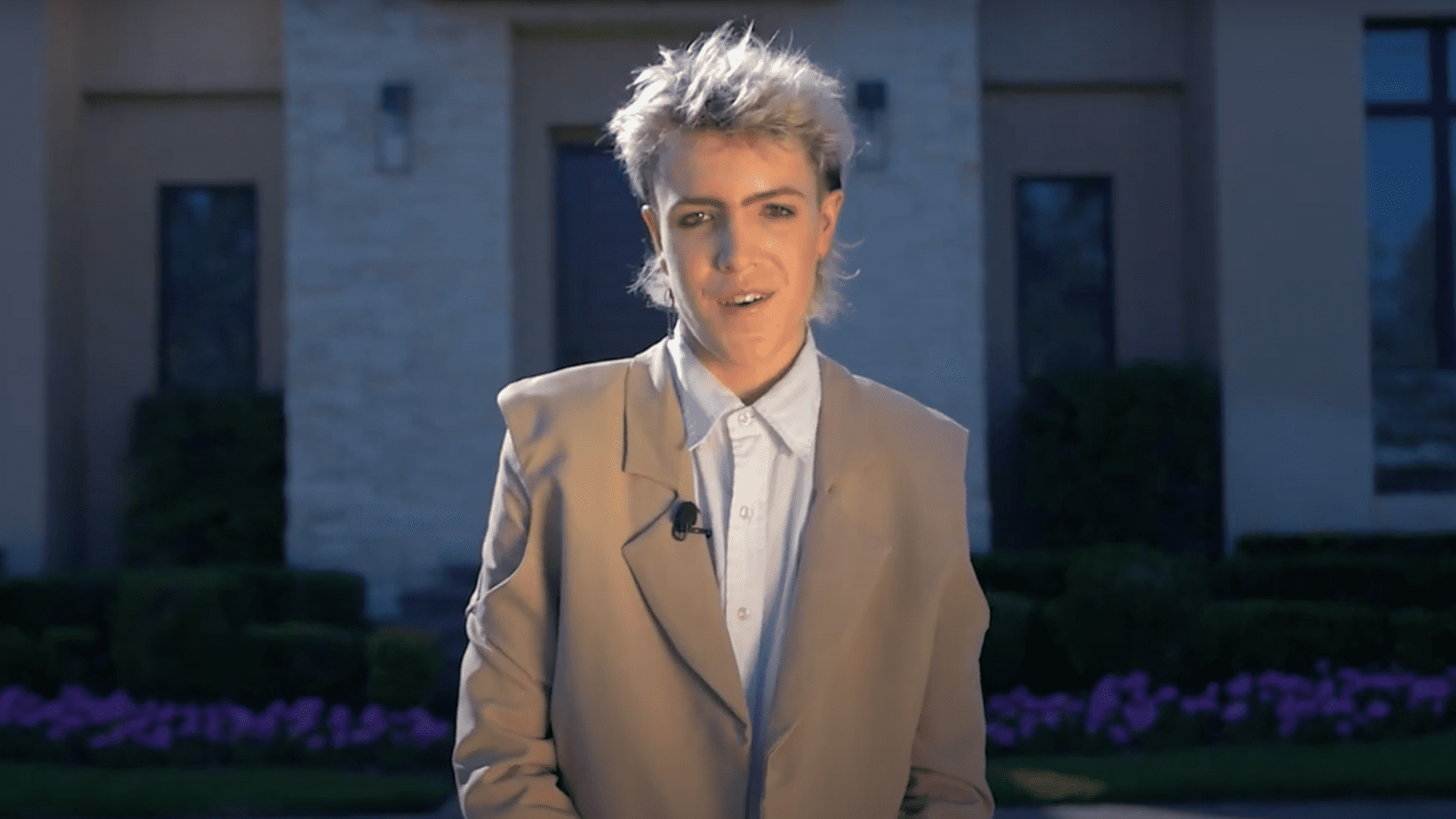 Connor Totten hails from St Pete and started sewing and designing clothes when he was just 10 years old. When he was 12, he was dubbed a child prodigy and hosted his first fashion show. Totten, now 17, will be hosting his fifth annual show, Time Will Tell, on Saturday April 30 at 8pm.

Tickets for the show, which raises money for St. Petersburg-based charity Jump For Kids FL, have already sold out, but the entire show will be livestreamed from the beautiful overwater Amanyara House in Snell Isle. The walk, showcasing Totten’s designs and creations, starts at 8:04 p.m. and can be viewed here.

Totten’s path as a fashion designer began in elementary school when he designed and created a dress for his teacher at school. While the teacher was touched by the kind (and impressive) gesture, some of Totten’s classmates poked fun at him. Instead of giving up the passion, Totten dove headfirst into it.

Not long after, Jeff Pope, the founder of Jump For Kids and a friend of Totten’s mom, heard the story and said, “Hey, I’ve always wanted to do a fundraiser. Would you like to do a full line of your clothes and do a fashion show?”

The show – featuring some of Totten’s teachers as runway models – was a hit before it even started and so many early tickets were sold that the team had to find a bigger venue. Local newspapers and TV news channels got wind of the story and interviewed Totten, bringing him into their studios and spotlighting a promising young star in St. Pete.

All these years (and shows) later, Totten is a junior high school student who has racked up awards and honors throughout his young career and plans to attend fashion school in New York after graduation.

Among his many accolades, Totten was voted the youngest designer in the history of the Dali Museum’s fashion design catwalk event, which sees local high school designers create surreal wearable artworks. When Totten was still in junior high – well below the usual age limit – his teachers banded together and implored the organizers: You don’t understand – you have to include this incredible young talent, age limit or no.

An interesting note about Totten’s designs: they cannot be purchased. While he’s had opportunities and even received offers from boutiques and galleries as far away as Los Angeles, for now Totten just enjoys designing and sewing his products, using his skills each year to help a local charity and support the crew who donated him his first attempt at hosting his own show.

To date, his shows have raised more than $50,000 for Jump For Kids, a number that could rise to $100,000 after this Saturday’s runway show. Jump For Kids is a local charity that gives Florida youth the tools to develop healthy habits at a young age so they can enjoy a better quality of life. With funds raised from charitable donors, they provide the students with fitness equipment and a personal trainer/mentor who educates the students on exercise, proper fitness training and nutrition tips to combat and prevent childhood obesity.