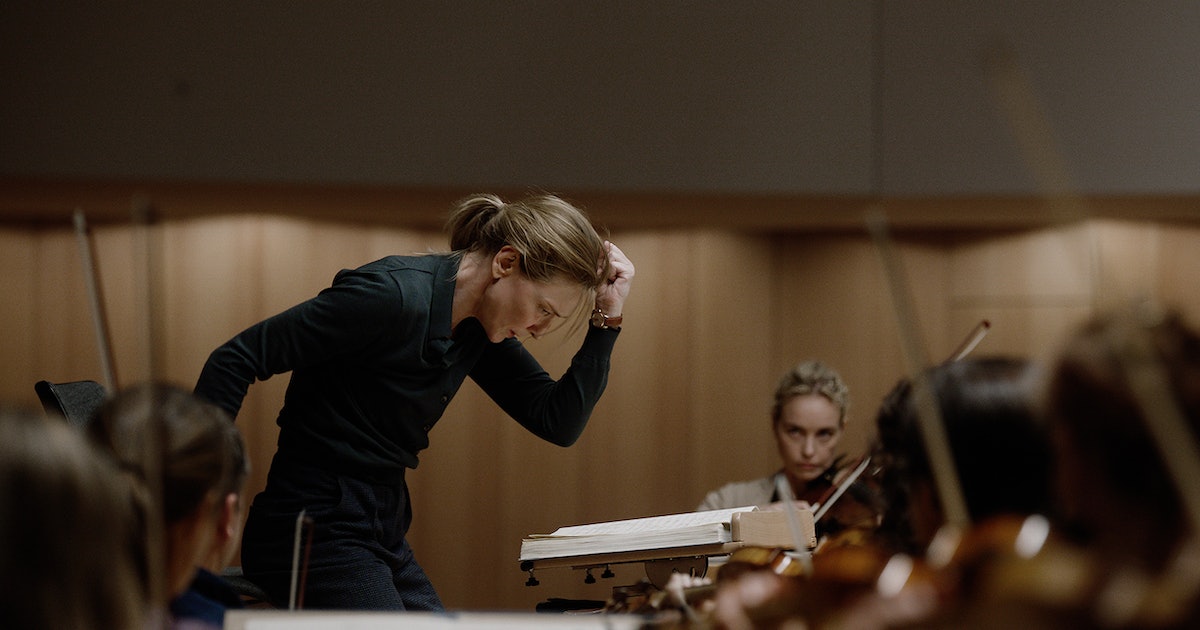 When it comes to Todd Fields TARwe suggest you come for the director’s first film in over a decade and stay for the non-stop parade of emerging style (oh, and Cate Blanchett’s absolutely captivating performance, which propelled the actress to the top of yet another Oscar race). The film completely captivated the fashion world for its beautifully curated wardrobe of crisp button-downs, cashmere sweater vests and perfectly proportioned jackets. Blanchett’s Lydia Tár may be the maestro of the Berlin Philharmonic, but when it comes to her wardrobe, costume designer Bina Daigeler is the conductor.

“I never thought anyone would look at the clothes in the film because nobody really told me anything during production,” Daigeler said W The designer has worked on several period pieces over the years that brought much more attention to the costumes – but in a contemporary story like TAR, she hadn’t expected such a loud reply. “Now so many people are talking about the clothes and they really love them. You’re still looking mostly at the actors’ faces, but somehow there’s something that people like about Lydia’s style.”

It is hardly the first time that Daigeler has attracted attention with her work. The designer was nominated for an Oscar in 2021 for best costume design for the Disney film mulan Next, she takes on quite a project: working on costumes for the Disney+ series about Cristóbal Balenciaga. “It was very specific and very precise work,” she said of the design for the show. “I had a lot of fun with that.” For now, though, all the attention is on Lydia and her pleated trousers. Below, Daigeler talks about the extensive research that went into creating the costumes for TAR, her love of The Row and the Celine shoes that you never got to see in the film.

When you started working on the film, what was your initial vision for Lydia Tár?

I read the script so many times because it contained so much information. I had to look up so many expressions and phrases and do research on classical music, conductors and the Philharmonic. Once I did that, I created a mood board that ended up being very dark and aggressive. I showed it to Todd and Cate and we went in search of the clothes to recreate the images I thought suited Lydia.

I’ve used some vintage clothing, some custom pieces, some designer pieces. We had a very wide closet for Cate. We learned a lot about what shapes are good for her from our first fitting. We opted for looser fits for the pants, with the exception of the pants she wore while conducting, which had a lot of structure and strength in the waist.

Did you have any stylistic influences?

I’ve looked for many conductors, but my inspiration came mainly from male conductors like Herbert von Karajan, who was on my mood board. I consider Lydia to be very manly driven in the way she views life and how she has built her career – the way she has worked from nothing to everything.

If you had to describe Lydia’s wardrobe in a few words, how would you do it?

She is a powerful woman with a very high position in a place usually ruled by men. I’d say she has a closet full of designer clothes and very good taste, but she dresses quickly without thinking. She doesn’t spend time in the morning getting ready and making decisions, but because she has these beautiful clothes, she knows she will always look good and be well dressed.

Personally, I’ve seen a lot of influence from The Row. It felt like Lydia’s entire wardrobe could have been of the brand.

Well, there’s a funny story about The Row – obviously I love the label and so does Cate, but we were a very small budget film. However, I always had this idea in mind of this perfect black coat with long lapels – something very large and made of a beautiful material. I found it and it was by The Row.

I bought it and brought it with Cate to one of the fittings. During the fitting, Cate tries everything on and we go back and forth with the script, discussing things as it changes. Eventually I put this fabulous coat on her and she just kept talking and talking but she didn’t say anything about the coat. Finally I said, “Hey, Cate. Look at your coat.” And then suddenly she looked at it and said, “What a great coat, who made it?” I told her and she said, “Oh my god, our whole budget is going into this one Coat from The Row.” But I was still super happy because it was just the best coat ever.

Lydia is not a big fan of accessories. She wears no jewelry except for a watch, with her face on the inside of her wrist. Who came up with this detail?

That was a research decision. Conductors do this so that there are no light reflections that could disturb the musicians conducting. You’d be surprised how much research has gone into such small details.

Then there’s the scene with the Birkin. Did Todd confirm in the script that he wanted that particular style?

It was written as a Hermès bag. Cate and I both spoke to Todd several times about the Hermes and said a Louis Vuitton could be better. But he insisted that this woman would wear a Birkin and we had to get one. You don’t really see it that often, but somehow everyone knows it’s a Birkin.

Berlin is a city known for its unique style. Have you been influenced by your surroundings at all?

Definitive. For example Lydia wears this custom fit leather jacket and some of her striped shirts – for me it all worked very well for someone living in Berlin. I don’t think I would have dressed her the same way if the film was in Paris. It’s very German and there’s also a Nina Hoss influence in all of this. And I’m German; I spent the whole pandemic in Berlin. So at that moment I was really deep in the city.

Speaking of Nina, her character, Sharon, is very much a stylistic reflection of Lydia, although slightly more feminine. Was that on purpose?

With Sharon, in the prep and fitting, I had her in even more feminine pieces with more texture and pattern. And then I noticed during the rehearsals with Nina that it doesn’t suit her character, it’s too feminine. I realized that Sharon and Lydia aren’t all that different.

Of course, Nina was also in skirts several times, even if you might not see it. she has a lot [Yohji] Yamamoto tops that are more fluid. But I got rid of all the patterns I had prepared because it didn’t feel right. We sort of found out who Sharon was the last week of prep, and I changed her appearance from there.

Then there’s Francesca, who also has great style. She’s a little bit cooler and a little bit more youthful. What were you thinking when you dressed this character?

I was very lucky because I found a brand in Spain that had a beautiful knit sweater and I paired it with a Moscone jacket and Studio Nicholson pants. I sent the look to Noémie [Merlant] and she loved it – we decided that this would be our direction for the character.

Olga was interesting because it was [Sophie Kauer’s] for the first time in a movie. We colored her hair and I think this process helped her a lot in preparing.

And those blue boots are great.

They are actually green.

you are green It’s funny because the character you don’t see often, Krista Taylor, also wore these gorgeous green vintage Celine shoes. I loved that continuity. I think you can see the shoes in the trailer but they are not in the movie. It doesn’t matter because sometimes there are things that just need to be done in preparation.

And then there’s the final, crucial scene. Did you make all these costumes?

Yes, we did all that. It was this huge process for such a short scene. We’ve made about 250 costumes – but what can we do? It was nice and a little funny after all that serious, very dark costume making.