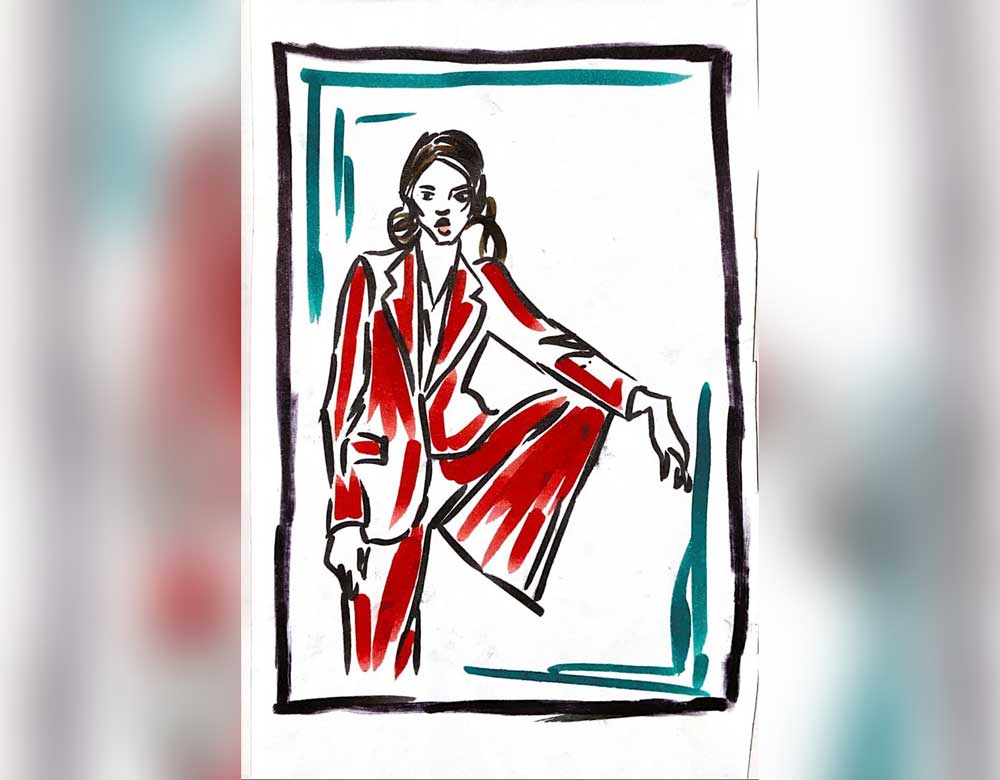 Prepare the catwalk, this insatiable fashion designer is here to impress the crowd.

At the age of 12, Maneeza Rahmany, the Malaysian-born Australian citizen of Indo-Turkish descent, knew she would end up in the world of couture, the industry of glitz and glamour. Her ability to master this craft honed her designs, which wowed the public and brought in cultures from Asia, North America and soon the Middle East.

We spoke to Maneeza on a cold morning, she had every look a designer can have – simplicity and elegance. Her personal billboard was a silk green top, white pants and shoes, and a no-makeup look.

“I started out in art and branched out into fashion design because I’ve always been interested in drawing, sketching and creating things. My first piece of clothing was when I was 12, I was in the youth fashion show and that’s how I got into fashion design for the first time, I learned how to sew and draw,” she said.

Maneeza was named Young Designer of the Year at the 2017 Apex Australia Teenage Fashion and Arts Youth Festival in Perth, Australia; and most recently in 2019, she was honored with the Charles Darwin University Arts Award, which recognizes the creative practices of young people, particularly the initiative and commitment it takes to produce inspiring work.

The fabric she created is a yellow top and pants with garments from India, it’s almost like a touch of saree, but the bottom has a pant-like design and instead of the usual drape, it was like a bolero.

Her drive to showcase her talents has been seen by local and international communities, stitching through garments of every culture she knows. She has endlessly attended various fashion shows and festivals including the NTeen Fashion Festival and the Northern Territory Young Achiever Awards.

She is rigorous about what she really wanted to do. “I’ve been doing this for six years now. I really enjoy it. My greatest passion is design.”

Fashion design is a very competitive industry, but somehow Maneeza’s journey went smoothly. She told us how she experiments with culture and incorporates it into her designs.

“I started with Indian because that’s where I’m from, and then three to four years later I moved on to Mexican, followed by Africa. And when you come here to Doha, the culture is different. And compared to others, the fashion is modest, and that’s another thing,” she explained.

And among all these cultures, she said that she always goes back to her roots – Indian culture.

Maneeza, although an Australian expatriate, did not leave India’s vibrant and rich culture. And from this background she has been inspired for her work – the deep connection of clothing.

“Indian culture is what I have always known. I’ve seen my mother, aunts, and the men in my family have a deep connection to their clothes. Even at my cousin’s wedding, the routine of choosing your fabric, speaking to the embroiderer and other local artisans to create a personalized garment is a very gradual process.”

“What the bride and groom wear and pass down (those clothes) to the generation. During the wedding I wear a scarf that my great grandmother had, it’s a very cross-generational thing, I think the sense of Indian culture is what I really like and draw on.”

Maneeza revealed that she is working on designing a garment suitable for Muslim women, calling it “fashionable but utterly modest,” and she even shared her recent visit to Christian Dior Designer of Dreams at M7 in Musheireb Downtown doha with

“It was so fashionable. I’ve never been modest in my design and this is the first time I’ve been exposed. Even here you can see abayas and thobes, it’s so completely covered that you can see the figures of the person and I think that inspired me.”

The young lady also emphasized the way women express themselves through fashionable clothing, saying they are “empowered”.

“There’s empowerment with women’s fashion, just because you’re covered doesn’t mean you’re not confident,” she said. Your inspiration from all this? A collection of personalities, cultures and even architecture.

“Designers, artists and everyone who creates something. I love Muslim and Indian architecture, just the geometry of everything is amazing. Regarding designers – the American designer Kerby Jean-Raymond, his brand is called Pyer Moss. He comes from a very similar inspiration – he’s Haitian and African American, he likes social issues like Black Lives Matter, ethnic cleansing, he has an issue that’s relevant today. The garment has more depth.”

Pyer Moss was founded in 2013 as a menswear and womenswear label dedicated to building a narrative that speaks about heritage and activism.

Maneeza was born radical. She wanted to do something more in fashion design.

“My biggest goal is to work sustainably so that people understand the difference between fast and slow fashion.

For example, let’s say you buy a $10 top from a well-known clothing brand. Have you ever thought how much the person who made this top makes?

She told me that she wants to do really well professionally in 10 to 20 years. “I’m not so much into fame, not big lights and career, but I want to do something that makes a difference, like education.” Maneeza is determined to change that trend and wants to make sure everyone , including the last person in the supply chain, gets its fair share.
Maneeza is complex, has a penchant for fashion design, she replaced dolls with needles and clothes as her playtime, and with her 20 Pro.

The sassy life of this industry has a verbal acuity and an ability to touch people and see the importance of every stitch, thread and seam a designer creates. Maneeza’s craft is a thread that continues to tailor, pattern, fit and once sewn together creates a splendor of beauty that tells our culture and sustainability.

André Leon Talley, pioneering fashion journalist and former creative director of Vogue, has died at the age of 73

“The car is over,” says the founder of the First Flying Car Store