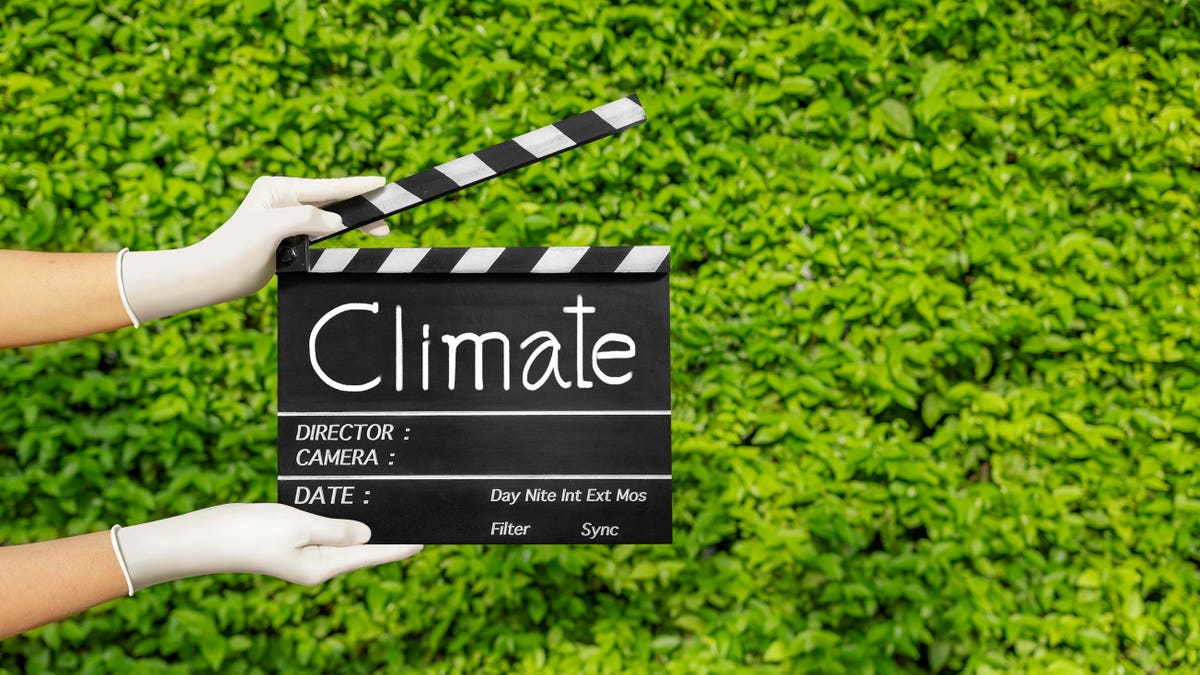 Hurry in, eBay has launched an auction to sell Love Island clothing – as worn by the islanders on the show. This is part of the show’s commitment to profile pro-environmental behaviors and normalize reuse. Although from the villa we’re still awaiting a frantic debate on Britain’s climate policy.

Once upon a time (well, back in 2004) I authored the UK Government’s first-ever guide to communicating climate change. It laid out a new story for climate change and the best ways to tell it to effect change. Specifically, how to include normal people living normal lives in this very abnormal threat to everything we know. And the urgency for compelling sustainability storytelling has increased since then.

Even the Nobel Prize-winning Intergovernmental Panel on Climate Change (IPCC) has endorsed this call. Her latest report describes for the first time the specific impact that everyday people can have in limiting climate change. Not politicians, not corporations, but everyday people – especially those of us in wealthy countries. People who go shopping, take photos of their dog, rush to the school run and dream of their next vacation. People watching Love Island (don’t we all).

All of us, according to the IPCC, could “rapidly” reduce the planet’s greenhouse gas emissions by 5% simply by making “lifestyle changes.” That could mean eating less meat, using less electricity, riding a bike more, whatever. Science says so will make a difference, and fast.

But the IPCC has gone beyond behavioral change and is calling on storytellers to take up arms (pens?) for the cause. “Narratives enable people to imagine the future and make sense of it through processes of interpretation, understanding, communication and social interaction.” The IPCC language may not have the pace of an exciting bestseller – but its point is well made – Stories are important for sustainability.

And we have a storytelling industry –– of screenwriters, showrunners, novelists, poets and creatives. Their influence should not be taken lightly, nor should the responsibility that comes with it. BAFTA has long known this, and my agency, Futerra, worked with the team to create Planet Placement – an inspirational guide for television and filmmakers to create content that sets the cultural agenda in a way that supports the planet supported.

Making that impact is more important and urgent than ever – not just because we are in the race to reach 1.5 degrees warming, but because young people have already lost hope. Our own research has shown that among those under the age of 35, one in five has now given up worryingly, saying it is “too late to fix climate change”. No wonder, when you consider that globally, 62% of people say they hear a lot more about the negative impacts of climate change than they do about solutions to address it. People hear the stories they are told and write their own endings.

How can we change history? The creative, film and television industries find themselves in perhaps the most exciting and opportunity-expanding role of all when it comes to climate communication. Their characters, storylines, scenes, and settings are viewed with gusto and in large measure. Imagine if they contained significantly more mentions of climate change than pizza or goldfish? (Currently they don’t.)

Of course, just repeating the word “climate change” on screen is not the only answer here – exciting, emotional, unexpected sustainability storytelling is. That could mean Love Islanders competing in pro-environmental behavior or taking on lifestyle change challenges. It could mean food, fashion and travel magazine shows with a “green” themed segment. It could consist of scripting characters who choose vegan milk for their coffee, or meeting their love interests on the train they took instead of flying. Let environmentalism (or not) become part of who you are: green is good, emissions are bad.

Thanks to the IPCC, we know exactly what lifestyle choices can inspire characters and plots. Traffic is the biggest thing. Could gas cars and the occasional plane trip give way to cigarettes and rarely be shown on screen? Walking, cycling, public transport and electric vehicles are the norms we need. And to eat? Mostly plants.

And before you park these ideas with whatever rest of your existing mental imagery of “sustainability” you might have (hemp clothes, disapproving looks, endless chickpeas), consider that fun and wit have as much place in climate change content as any other Theme. Even more so given the situation we are in. Telling a new story about climate change doesn’t mean being serious and uninteresting; But on the contrary. That could make it more creatively challenging than other subject areas. Well – the best creativity comes from constraints.

This challenge is an enormous opportunity. The power of the creative, film and television industries to shape lifestyles can truly shape the future of the planet. His “brainprint” – the environmental impact of his messages – is far larger than his footprint. How will storytellers help write a better ending to the epic story of sustainability?