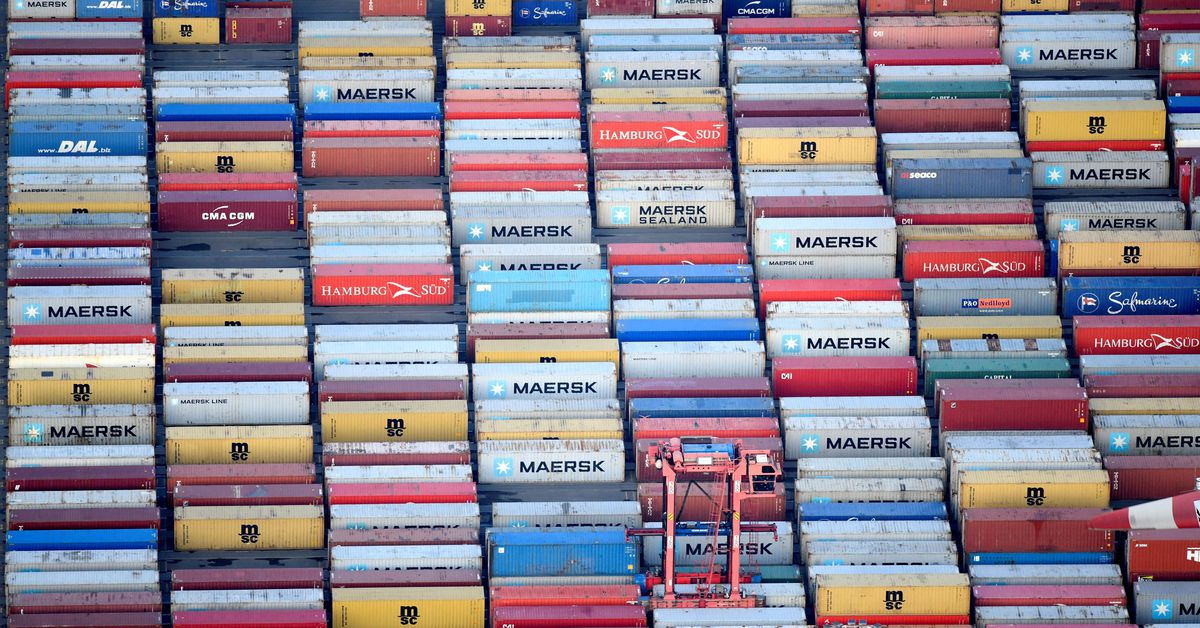 Containers are seen at a terminal in the port of Hamburg on November 14, 2019. REUTERS/Fabian Bimmer/File Photo

BERLIN, Aug 26 (Reuters) – Sentiment among German exporters fell for the third straight month in August as high gas prices and a weak global economic environment weigh on the outlook, a survey showed on Friday.

The Ifo Institute’s index of export expectations fell from -0.4 points in July to -2.7 in August.

While the majority of sectors expect exports to decline, vehicle manufacturers and their suppliers expect significant growth. The clothing industry and the manufacture of data processing equipment also expect more international sales.

Ifo survey chief Klaus Wohlrabe told Reuters on Thursday that the number of companies complaining about bottlenecks reached 62 percent in August, its lowest level in about a year.

Exporters lose billions in costs due to sharply increased import and producer prices, which they cannot fully pass on to foreign customers, said Volker Treier, head of foreign trade at the Chamber of Industry and Commerce (DIHK). According to Treier, the resulting burden on German foreign trade amounts to 70 billion euros for the first six months alone. Continue reading

The value of German exports rose 4.5% in June to a record level, although economists had warned much of the rise was likely due to rising prices. Continue reading