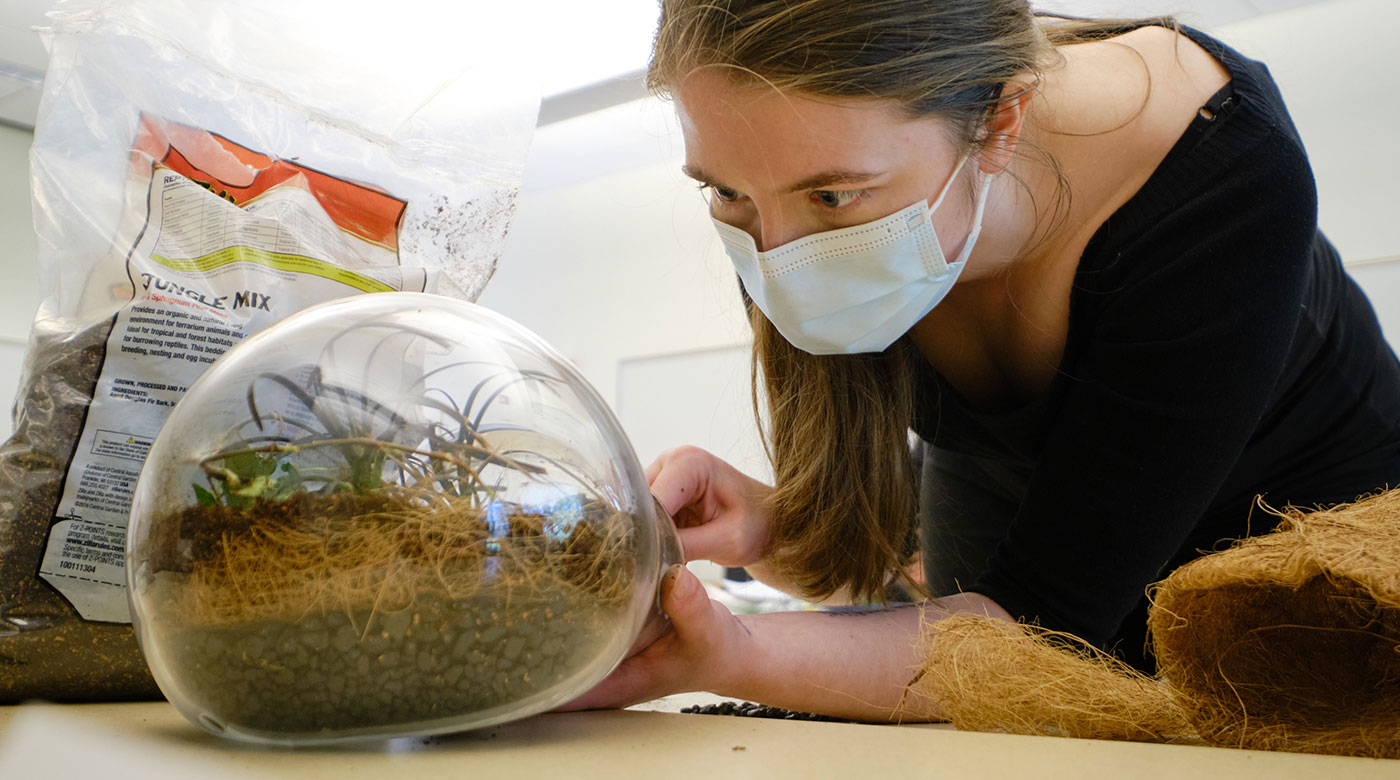 Save the world with a spaceship news

The course is part of PLU’s International Honors Program (IHON), which means that it is specifically designed to explore a topic across multiple academic departments and subjects. PLU’s IHON website explains that the courses “use multiple lenses to break the blindness of insisting on just one.”

While Heath’s class is advertised as a spaceship design class, the course is actually a multidisciplinary exploration of the current state of planet Earth and the problems facing humanity.

“This course is about asking big questions and finding insightful answers,” Heath writes in the syllabus. “Although we will use some scientific inquiry methods and examine scientific ideas, this is not a science course. As we work to design our spacecraft, we will find that many of the lessons we learn can be directly applied on Earth.”

“[The goal is]to get students to really see some of the harm our society is doing, so they can’t really ignore it and live the way they’ve been.”-Professor Daniel Heath

In the first few weeks of class, Heath’s goal is to convince the students that they are actually building a spaceship. This is the most important part of the course as the spaceship concept forces students to think beyond their assumptions. When Heath designed the class in 2016, he asked people what they thought were the most harmful things people do and how they would redesign those systems.

“I’ve noticed that people are holding on to the fact that ‘that’s just the way it is,'” says Heath. “Troubleshooting the spacecraft and the students into believing they are designing it is essentially a ploy to get them out of this ‘The Way It Is’ box.”

In the first three weeks, the students deal with the most important questions when designing a ship, such as propulsion, a sustainable energy source for the 1,000-year journey to another star, how to create artificial gravity and how many people on board bring so that the genetics of those on board will not be affected in future generations. Next, they discuss the challenge of using a self-sustaining biosphere to feed the population. Students then build their own self-sufficient terrarium in a glass jar and seal it to represent the conditions that would exist on the ship.

This project was a favorite of many Heath students, including Matthew Helmer ’24 with dual majors in math and physics. “It was the most hands-on part of the course, where we researched and experimented with how to create an artificial water cycle for plants to thrive,” he says. “We’ve seen an aspect of the spacecraft design process that is secretly linked to our experience on Earth – what a life cycle looks like in a largely closed system, open only to sunlight and its energy. We got a better sense of the balance and delicacy of life.”

Like Helmer, Rae Hyra ’22 realized during this portion of the class that designing a starship might not be the sole purpose of the class. Hyra recalls initially being afraid of being the least bright person in the room, but soon discovered that the physical and technical aspects explored in the first few weeks of the course were not the important concepts. “Sure, the spacecraft needed fuel, life support, and artificial gravity, but what about food? Cattle? clothes and music? Body modification and medicine? What about the crew itself? Who would be selected and how?” Hyra, a music major, recalls. “It didn’t take me long to realize that the course was masquerading as a thorough, analytical look at our current lifestyles, personally, socially and globally.”

Last night in New York, the cast and crew celebrated at a screening of Black Panther: Wakanda Forever