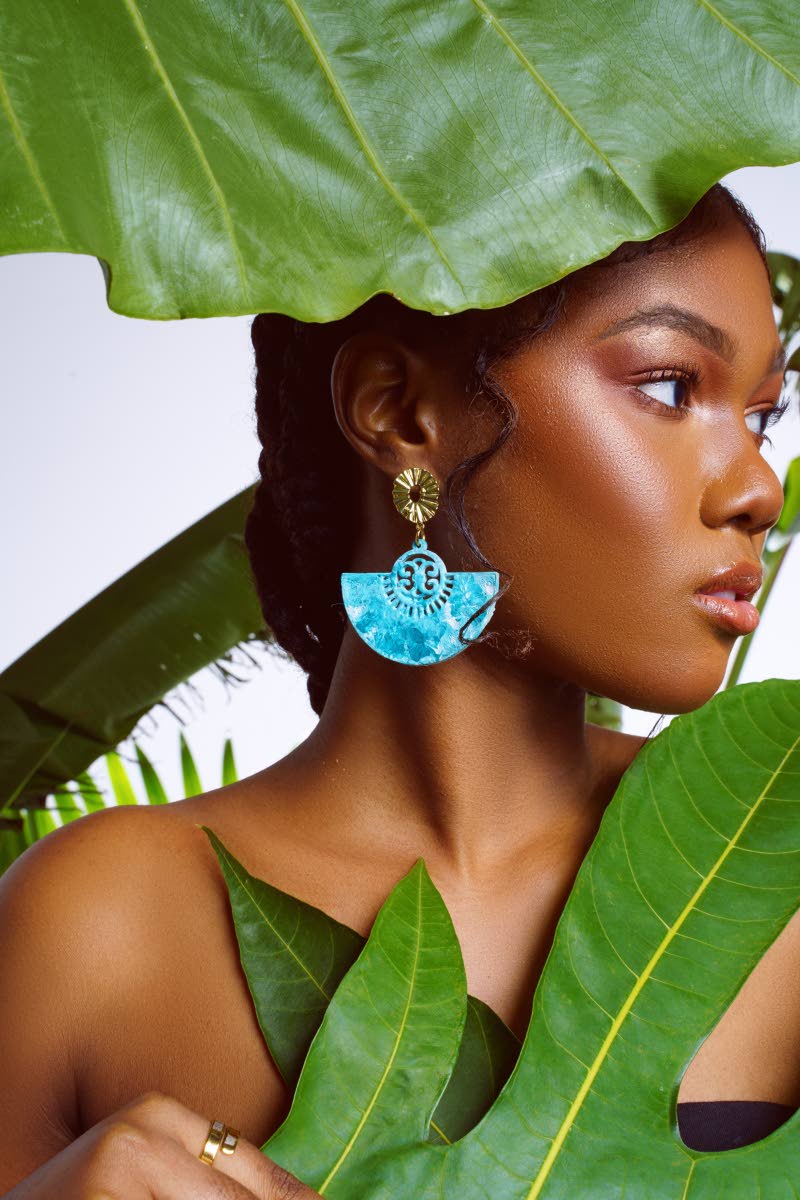 Port of Spain Fashion Week (POSFW) kicks off its POSFW LookBook project on April 29th with an art exhibition and fashion soiree at Arnim’s Art Gallery on Tragarete Road in Port of Spain.

It shows the covers of the 26 designers of the look book, enlarged and framed. The lookbook features the work of regional and local designers such as TT’s CLD (Charu Lochan Dass), Jamaican designer Tamia Carey and Barbadian designer Suga Apple Swim.

“We felt a need to give more designers the opportunity to showcase their brands and product offerings,” Cunningham said in a phone interview. It was also an extension of fashion week as the country was still under severe restrictions due to the Covid19 pandemic.

“Fashion week was limited by capacity and numbers given the physical show, but of course you’re not limited virtually. So we wanted to allow more designers to participate, especially regional designers due to limited travel capacity at the time,” she said.

Cunningham said the organization started photography in December but has been challenged by the pandemic. That set it back a bit. Half of the editing, layout and design was completed in February and the other half in March.

According to a media release, the digital lookbook was “engineered and conceived not only to promote Caribbean designers across various international fashion markets, but also to enable greater e-commerce and virtual trade exhibitions in previously untapped markets.”

The press release states that e-commerce fashion and accessories is poised for “exponential growth“. She added that recent data showed that the international fashion industry is expecting steady sales growth throughout 2022, and the organization wanted Caribbean designers to capitalize on that.

The digital lookbook was created with creative direction and styling from Studio Newton and project management support from Fashion Focus magazine.

“We hope to expand this project to designers in the OECS Islands, Guyana and Haiti for this year’s fashion week experience, which will take place in November 2022,” Cunningham is quoted as saying in the press release.

In TT, many fashion shows focus on fashion designers, and part of the organization’s plan for POSFW 2021 was to highlight and showcase accessory designers, she said.

Cunningham added that the pandemic has allowed the organization to step up and give more attention to locally produced goods.

“Covid has allowed the cottage industry to shine in TT. That was an advantage that came out of Covid and we wanted to expand on that and build on that.

“We wanted to show TT that we have great craftsmen who can make international standard products like jewelry, handbags, wallets and even shoes.”

The pandemic has also shown that it is necessary to develop each island’s strengths so that the region becomes sustainable and not so heavily influenced by external factors, she said.

With that in mind, Cunningham said the organization turned to the Caribbean Export Development Agency — a regional trade and investment promotion agency — to help build capacity for regional designers to market inter-regionally, intra-regionally and internationally.

By supporting Caribbean Export, POSFW will be able to share the digital lookbooks with each designer’s database of buyers around the world.

Each designer has four to eight pieces in the lookbook, and the pieces shown match each designer’s aesthetic, Cunningham said.

Once this is shared with fashion buyers globally, she believes it could draw more attention to the Caribbean fashion industry and open up export opportunities in different markets.

The organization hopes the lookbooks will be instrumental in convincing non-website designers of the need to grow their business online.

“It was only a matter of time before we got here. Sometimes we get complacent in the relaxed nature of the Caribbean – rightly so. We’re marketed like this: The Caribbean is a place where you can relax. The rest of the world sees us that way.

“But that doesn’t mean the pace at which we do business has to be relaxed,” she added.

Cunningham said the region has shown it has excellent fintech (financial technology) skills that need to be further applied to the fashion and creative sectors.

She said that all the efforts being made to position TT’s MSMEs (micro, small and medium-sized enterprises) in a digital capacity speaks to the fact that there is a common goal – opportunities for TT’s MSMEs Creating a fashion industry to take advantage of new digital opportunities.

At the exhibition and soiree on April 29th, from 6pm to 9pm, guests will be able to see all the covers of the digital lookbooks and will be entertained by a live DJ.

“It’s an industry event. A networking evening with industrial partners,” she said.

In November, the organization is looking forward to a big fashion week.

Given the success of its largely virtual fashion weeks in 2020 and 2021, the organization plans to maintain a hybrid event.

Cunningham said there will be digital and physical presentations and, with the support of his regional partners, will host “one of the best fashion weeks in Port of Spain ever”.