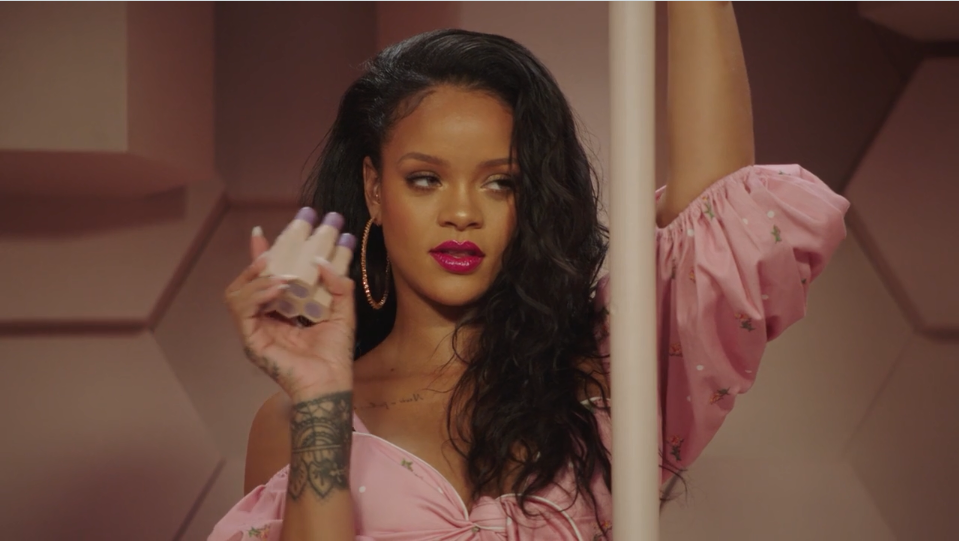 According to fans, the internet is broken after Rihanna announced her pregnancy on January 31st.

Known for hits like “Work” and “We Found Love,” the singer and fashion mogul is expecting her first child with New York rapper A$AP Rocky. The couple were pictured strolling the streets of New York City over the weekend, with Rihanna debuting her baby bump in a casual pink top and blue jeans.

Yerp, Rihanna is pregnant, folks. And yes, it’s cool that she and A$AP Rocky are going to have a baby. I love that for her.

~But let’s talk about this “announcement” outfit~ pic.twitter.com/l3on0rzHsL

Rocky and Rihanna are longtime collaborators whose relationship officially turned romantic in December 2020, confirmed after Rocky spent the Christmas season with Rihanna’s family in their native country of Barbados. Just months later, he dubbed the Savage x Fenty designer “the love of my life” in an interview with the cover story. GQ Magazine.

News of Rihanna’s pregnancy quickly turned into fan theories on social media, with many predicting a potential maternity line for her skincare and fashion empire. Her Savage x Fenty lingerie line has featured pregnant models in previous photoshoots and runway shows.

In a more hilarious way, others encouraged the singer to stay warm and cover up that baby bump, citing the cold temperatures and snowstorm that Rihanna was in to snap pregnancy pictures. New York Daily News reported that up to 36 inches of snow were possible in the Long Island, Boston and New York City areas last weekend, alarming fans.

Friends celebrities and veteran collaborators took to social media to join fans in congratulating the singer.

Trinidadian rapper and close friend Nicki Minaj congratulated the couple on multiple social media accounts. After sharing the pregnancy announcement on her story, she posted pictures to her feed with a heartfelt caption.

“So happy for you mom,” Minaj said. “The world has already been conquered. Given so much. Nothing left to prove. You now deserve your own little gift. Another level of joy that money can’t buy.”

Model Bella Hadid took to her Instagram Story to congratulate the couple, writing, “HOLY SLAY, congrats to the Holy Duo!”

Just like the rest of the world, UM students have shared their own thoughts on Rihanna’s pregnancy.

Gemma Luther, a senior studying marine science and marine biology, explained how excited she was to see Rihanna become a mother.

“I’m so excited that Rihanna is pregnant,” Luther said. “I remember hearing rumors about this a while ago, so I’m glad she finally confirmed those rumors by showing off her baby bump. To be honest, their music shaped a good part of my elementary school years, so I’m feeling sentimental.”

Luther continued to gushed about the couple-to-be, saying she believed they would make great parents.

“I think she and A$AP Rocky are going to be good parents,” Luther said. “Both have strayed from the spotlight in the past, so I think they’re in a good place and time to be parents.”

Junior Spanish and International Studies major Alex Walch praised the singer for her pregnancy revelation, even calling it “iconic.”

“Rihanna does everything right, I think,” Walch said. “She was able to casually talk about her pregnancy, but also did it in the least casual way. Every artist wants to do a big reveal and she just got a traditional paparazzi shot, but that makes it more iconic because we haven’t seen her in a while. You don’t always expect that from a self-made billionaire.”

Walch agreed with Luther, stating that he believes Rocky and Rihanna have what it takes to be good parents.

“She made it not just for herself, but for A$AP as a father, which hopefully shows that they’re both invested in the baby’s life going forward,” Walch said. “A$AP would be a great father as he seems to be a very thoughtful person who loves passionately. You are surrounded by a great community and I bet your child will have a great life.”

The industries that have helped fight the Covid-19 pandemic