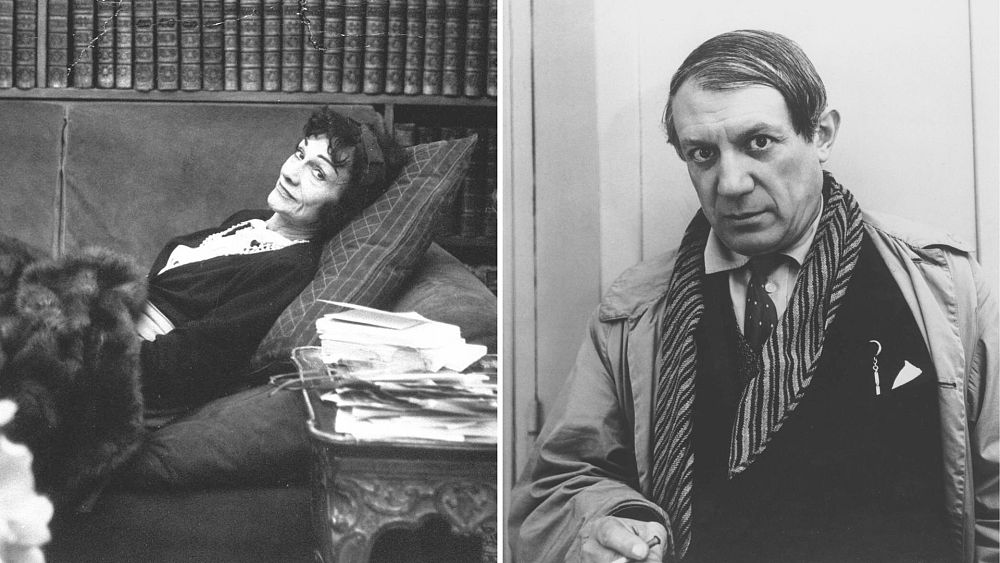 “Picasso and Chanel”: The exhibition explores the meeting of minds and mutual interests

The exhibition at the Thyssen-Bornemisza Museum in Madrid shows works by the two creative giants of the 20th century side by side and shows how Picasso’s art was imbued with the designer’s ideas of texture and form.

“As performers of their time, they captured the spirit of their time and carried out aesthetic revolutions that reflect the profound changes in society,” she added.

How did the two icons meet?

Chanel and Picasso first met in the spring of 1917 and they became close and long-time friends.

Chanel met the Spanish artist and his then-wife – dancer Olga Khokhlova – when Picasso was actively involved in Serge Diaghilev’s ballet, collaborating on sets and costumes.

According to Fulgence, Chanel’s introduction to Picasso was really her “gateway into the artistic world in the spring of 1917”.

The Spanish artist and fashion designer has collaborated twice, both with surrealist artist Jean Cocteau.

They first worked on Antigone, a modern adaptation of Cocteau’s Sophocles, which premiered in Paris in 1922.

The sets and masks for the play were designed by Picasso and the costumes by Chanel.

They then worked together in 1924 on Serge Diaghilev’s Ballet Russes “Le Train Bleu”.

A reappraisal of Picasso’s toxic masculinity

Picasso is often criticized for his dealings with his many lovers, two of whom committed suicide, but this exhibition aims to show a different side of the artist.

“Precisely because Olga and Gabrielle Chanel play a central role and he (Picasso) is put in a completely different context. I believe this will enrich our vision of Picasso and distance him from certain stereotypes and certain themes,” he explains.

What can you see in the exhibition?

“Picasso and Chanel” is divided into four main sections, spanning from 1915 to 1925.

The first section entitled Chanel style and cubism presents a series of paintings and garments that show the influence that Picasso and the Cubism art movement had on Chanel’s fashion design.

Chanel’s use of monochrome tones is another commonality with Picasso’s work.

In the second section of the exhibition, visitors can learn more about Picasso’s relationship with his first wife, Olga Khokhlova, through a series of portraits he made of her.

The last two sections deal with the projects that Chanel and Picasso collaborated on, such as on Antigone and Le Train Bleu.

“Picasso and Chanel” at the Museo Nacional Thyssen-Bornemisza until January 15, 2023.

The most fabulous closet on TikTok