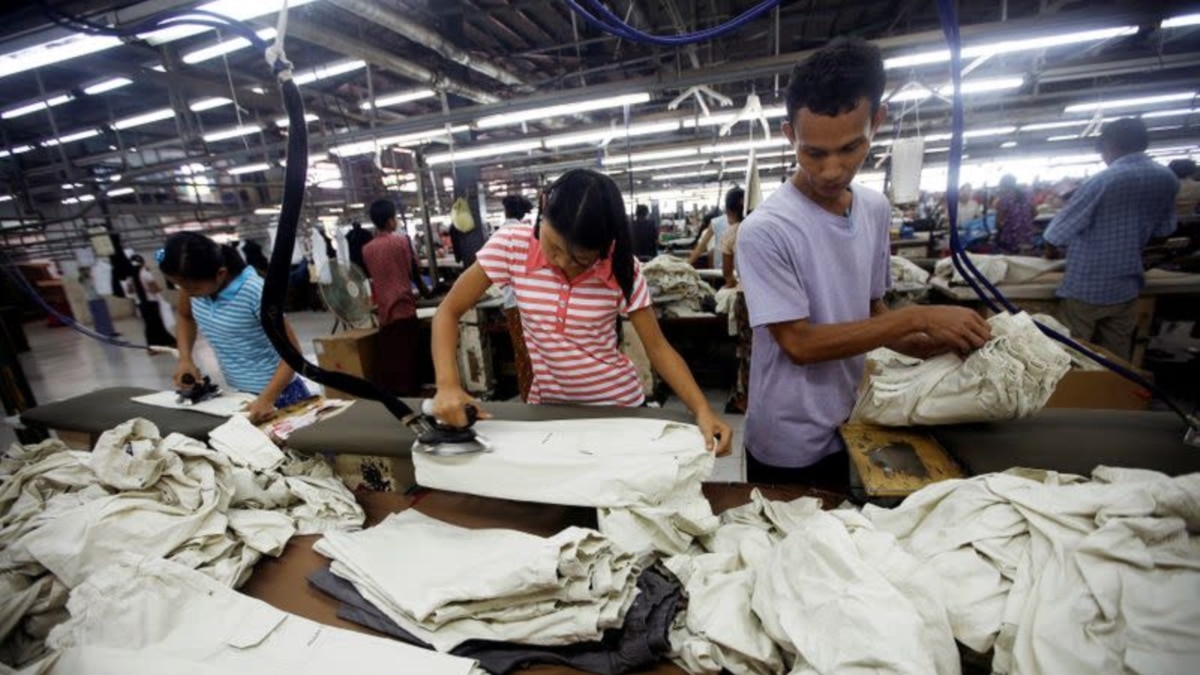 Two years ago, Li Dongliang opened his clothing factory in Myanmar. Today he fears having to close his shop and dismiss 800 workers.

Li’s business was already struggling during the COVID-19 pandemic. Then, on February 1, the army took over the country and arrested many of its democratic leaders. People started to protest and were attacked by the army. During the violence, someone set Li’s factory on fire. New orders for clothing have been placed.

Clothing accounts for a third of Myanmar’s exports. According to United Nations data, garment factories employ around 700,000 workers. The problems facing clothing companies in Myanmar are having a huge impact on the country’s economy.

“We would have no choice but to give up Myanmar if there are no new orders in the next few months,” Li told Reuters. He stated that he worked at about 20 percent of his normal job level. And he has already laid off 400 workers.

Li said he and many other business leaders are considering moving to other cheap clothing manufacturing countries such as China, Cambodia and Vietnam. Several large international clothing buyers have refused to trade with Myanmar because of the army seizure of power.

Chinese nationals like Li own and operate nearly a third of the 600 garment factories in Myanmar, according to the Myanmar Garment Manufacturers Association, a large group of investors.

At least two other Chinese-funded clothing factories in Myanmar have decided to close, Khin May Htway said. She is Managing Partner of the MyanWei Consulting Group, which supports Chinese investors in Myanmar. The two factories will lay off 3,000 workers.

Foreign investment in clothing in Myanmar has risen sharply over the past decade. Economic reforms, an end to the West Sanctions and trade deals helped establish clothing as the main industry.

But all clothing companies were hit hard by the pandemic that led to a recession. People have stopped going to stores to buy clothes. Tens of thousands of jobs have been lost in Myanmar and other parts of Asia.

Then the army took over the government.

The protests that followed made the roads dangerous and impassable. Many people couldn’t come to work. The banking system stopped working and it became impossible to bring goods in and out of the country.

European and US clothing importers said in a statement last month that they would not withdraw from Myanmar. But they may not have a choice unless the country’s situation changes.

Some major clothing companies recently decided to stop orders from Myanmar. One of them was Sweden’s H&M, the second largest clothing seller in the world.

“They do not want leave Myanmar … but it’s being forced on them, ”said Peter McAllister of the Ethical Trade Initiative. It is a labor rights organization whose members include many well-known European businesses.

McAllister said it would be very difficult for the Myanmar apparel industry to recover if Chinese investors got out. Many people have become vocal anti-Chinese since the army came to power because China did not condemn the army for its actions.

As a result, several Chinese-owned factories, including Li’s, were set on fire last month.

Human rights groups have repeatedly raised concerns about the Myanmar clothing industry. The companies employ mostly female workers who earn just $ 3.40 a day, the lowest wage in the region.

But industry has made it possible for many to escape poverty. Workers have left the rural areas to work in the factories. They often send money back to their families.

Khin Maung Aye is the managing director of the Lat War clothing factory, which has 3,500 employees. He says the industry could die if the military doesn’t restore the democratically elected government.

That would lead to “dire consequences of poverty,” he said.

The US has imposed targeted sanctions on Myanmar’s military government and has also ended all trade talks.

I am Susan Shand.

This was reported by the Reuters news agency. Susan Shand adapted it for English learning. Bryan Lynn was the editor.

Words in this story

dismiss – v. to terminate the employment of workers while there is no work for them

Sanction – No. a restriction that normally restricts trade that is designed to get a country to obey international law

We want to hear from you. Write to us in the comments section and, Visit our Facebook page.