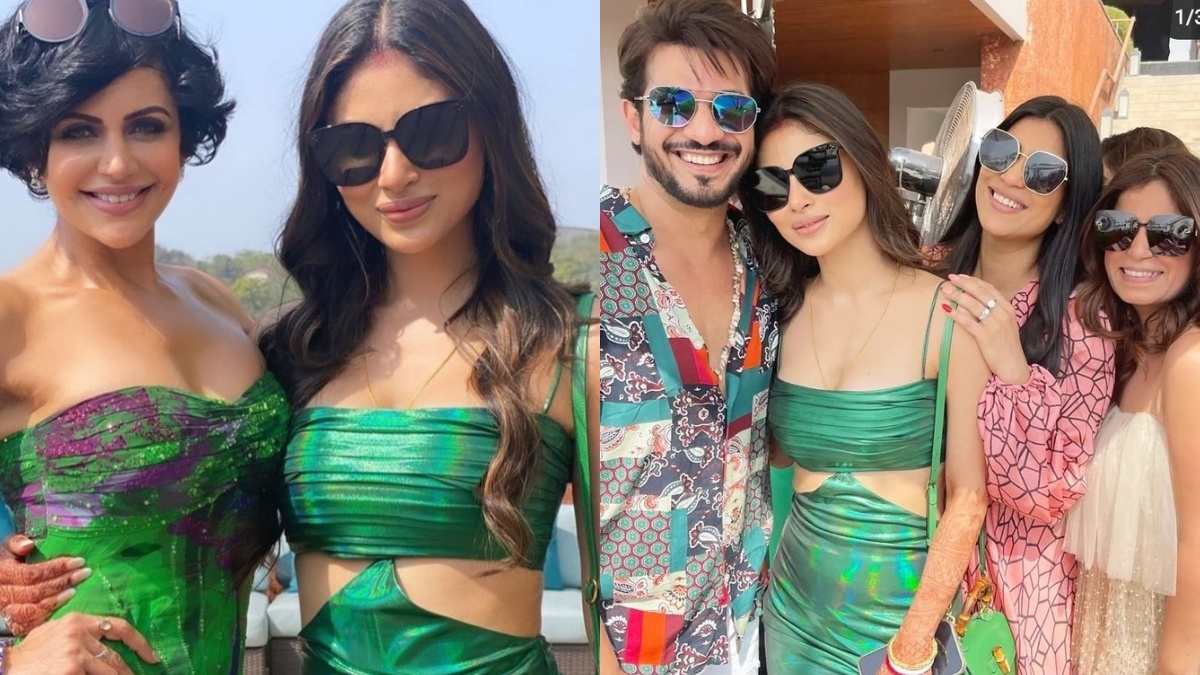 Mouni Roy was wildly celebrated after the wedding and wreaked havoc in a green dress: see pictures!! –

At the same time, the couple’s pool party photos are coming out. The two had organized a pool party for their friends after the wedding. Many of her pictures have gone viral on social media.

In the pictures, Mouni Roy looks stunning in a green holographic dress with a cutout at the waist. While flaunting her slim figure, Mouni paired her outfit with a matching green bag. At the same time, Sooraj is seen in a beach print shirt and white pants.

Let us tell you that Mouni Roy and Sooraj Nambiar have always kept silent to the media about their relationship before marriage. There were always reports of their dating, although the couple never spoke publicly about it. The two reportedly met at a nightclub in Dubai when Mouni went to celebrate the New Year in 2019.

As we all know, Mouni is a TV & Bollywood actress who hails from Bengal while Sooraj Nambiar is a businessman from Banglore, Karnataka.