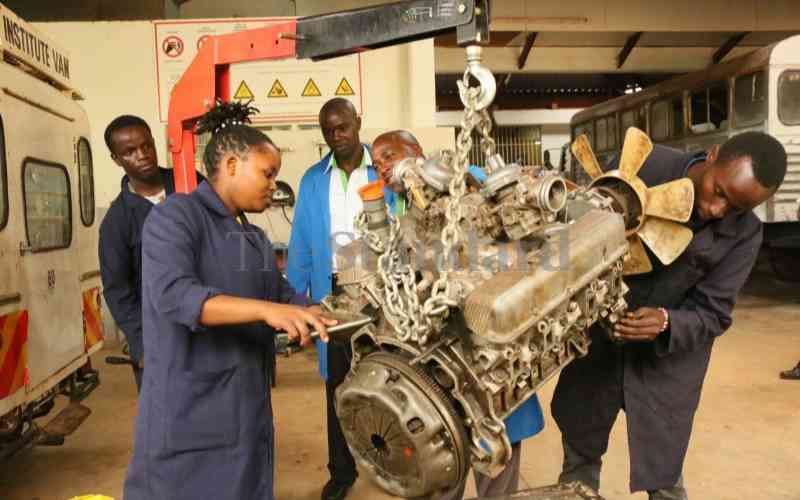 A growing number of vocational training centers are increasingly introducing students to national examinations administered by the National Examination Council.

An analysis of a report by the Kenya National Examination Council (Knec) shows that around 1,765 candidates received their Craft Certificates for their July 2020 exams.

These tests were conducted in January 2021 due to a delay caused by Covid-19.

The Knec report entitled Vocational training centers offering certificate courses shows that of the candidates who passed the exams, about 1,072 received craft certificates, while 539 received the National Vocational Certificate of Education and Training (NVCET).

The report by Mogaka Nyambukora, Chair of the Association of Vocational Trainers in Kenya, shows that out of a total of 102 VTC candidates, the Food and Beverage Sales and Production course attracted the highest number with 42, while Electrical Engineering and Electronics attracted second place with 17 candidates , fashion design and garment manufacturing had 14 candidates, while board and lodging had 13.

The admission requirement for these craft certificate courses is KCSE D Plain.

“They bring skills, but also provide an opportunity for conversation and innovation,” he said.

As Kenya’s creative sector booms, the demand for the skills of highly skilled artisans is increasing.

Furthermore, in a country where the country’s leadership has repeatedly failed to create jobs as promised in their manifestos, Kenyans are highly dependent on informal sector employment.

Actually 2021 economic survey According to estimates by the Kenyan Bureau of Statistics, 77 percent of the total workforce comes from the informal sector.

Out of the total number of candidates, 129 studied food and beverage production and sales.

However, it turned out that some craft courses were not attracting candidates. These were painting and decoration, carpentry and carpentry, home care, seafaring, leather and shoemaking, and air conditioning and refrigeration.

While Mogaka values ​​the trainers, he said tutors face major challenges that stakeholders should address.

“The majority of vocational trainers are badly paid; others have never been promoted, but many have yet to confirm their contracts despite working long hours,” he said.

“Many of these centers are poorly equipped, while others are being remodeled for other uses,” he added.