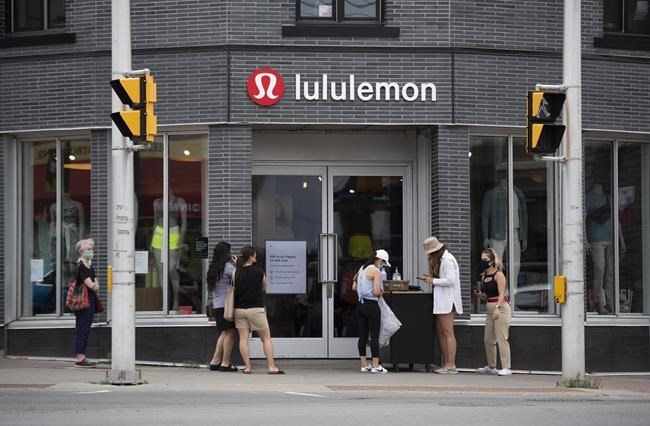 Lululemon vs. Peloton: The fine line between inspiration and imitation in fashion

But the bib underwear is one of six different design patents at the center of a high-profile litigation between sportswear retailer Lululemon Athletica Canada Inc. and sports equipment manufacturer Peloton Interactive Inc.

The former fitness apparel partners go head-to-head in US courts, with Lululemon accusing Peloton of patent infringement for its new line of bras and leggings and Peloton dismissing the retailer’s claims as unfounded.

A case that puts the cutthroat fashion world and the fine line between inspiration and imitation in the spotlight.

It also illuminates the challenges of proving design patent infringements in court – especially in the case of trendy and ubiquitous styles – and the use of so-called forum shopping in legal disputes.

Several lawyers suggested that while winning a patent infringement case is usually an uphill battle, Lululemon has strong arguments on its unfair competition allegation.

“One of the problems is that designs that become popular in the market tend to be copied,” said Ashlee Froese, fashion and branding attorney and founder of Froese Law in Toronto.

“It’s kind of a ‘more money, more trouble’ problem. A valuable style is more likely to get ripped off.”

In a statement e-mailed, Shannon Higginson, General Counsel and Senior Vice President of Lululemon said, “We believe in our position and look forward to properly resolving this case through the courts.”

Peloton said it will not comment on active litigation.

The dispute comes at a time when athleisure is booming.

The strong demand for sportswear continued during the pandemic and is the leader in clothing sales so far in 2021, according to the NPD Group, a US market research company.

It’s not the first time Lululemon – often viewed as the creator of lifestyle athleisure clothing – has reached out to a court to enforce its designs.

It claimed that some of Calvin Klein’s athletic leggings, including his “Performance Compression Overlapping Waist Pants,” were similar to Lululemon’s patented crossover fabric design used in his Astro Pant.

The case was settled out of court.

In 2017, Lululemon dropped similar lawsuit against Under Armor Inc. accusing the sportswear maker of copying the design of its sports bras.

“There is no intellectual property watchdog,” said Froese. “It’s up to companies to enforce their rights with designs.”

The Lululemon-Peloton case stands out partly because of the history between the once-befriended companies.

They started a co-branding relationship in 2016, with Lululemon supplying clothing to the stationary bike and treadmill maker and Peloton selling the goods under its own brand alongside the Lululemon logo.

Peloton ended the relationship earlier this year and shortly thereafter announced its own Peloton Apparel brand.

“Peloton imitated several of Lululemon’s innovative designs and sold imitations of Lululemon’s products, claiming they were its own,” the company claims in court documents filed on Nov. 29.

However, legal experts say that designs are issued for very specific designs and styles, making it difficult to prove patent infringement proceedings.

For example, in a preemptive lawsuit filed on November 24, Peloton highlighted the differences between the Peloton Branded Strappy Bra and Lululemon’s patents.

The variations are subtle but could be enough for a court to dismiss Lululemon’s lawsuit, according to fashion lawyer Bogdan Enica.

“This type of patent is issued for something pretty tight,” said Enica, a Miami-based partner at Practus LLP.

Still, he said Lululemon’s claim of unfair competition could succeed.

“When you look at all of the facts together, it’s kind of obvious,” said Enica. “Peloton terminated its agreement with Lululemon, then turned and put very similar items of clothing on the same shelf … it would be difficult for some consumers to tell them apart.”

In fact, the schedule is likely to be a factor in this case, Froese said.

“Peloton ended the co-branding agreement and then came out very quickly with its own line,” she said. “It all happened in 2021. Did you just reverse engineer the product and then say, ‘Okay, we’re going to freeze you Lululemon?'”

Meanwhile, legal experts say the case also stands out for the obvious use of â€œforum shoppingâ€ – a term used to describe the efforts of litigants to try their case in a jurisdiction that is recognized as being friendly to their cause.

For example, Peloton filed its lawsuit in New York, while Lululemon hit back with a lawsuit in California.

Peloton’s decision as to where to file the lawsuit is “believed to be an attempt to try the case in a district that has, on average, less understanding of infringement claims than other districts,” said Steven Minns, business strategy and intellectual protection expert Owned by the University of British Columbia’s Sauder School of Business.

“Part of the inefficiency of patent litigation results from the different districts’ different levels of sympathy for lawsuits.”

These cases are also decided by juries composed of people “who generally have little knowledge of the technical and legal aspects of a case,” he said.

This report by The Canadian Press was first published on December 6, 2021.