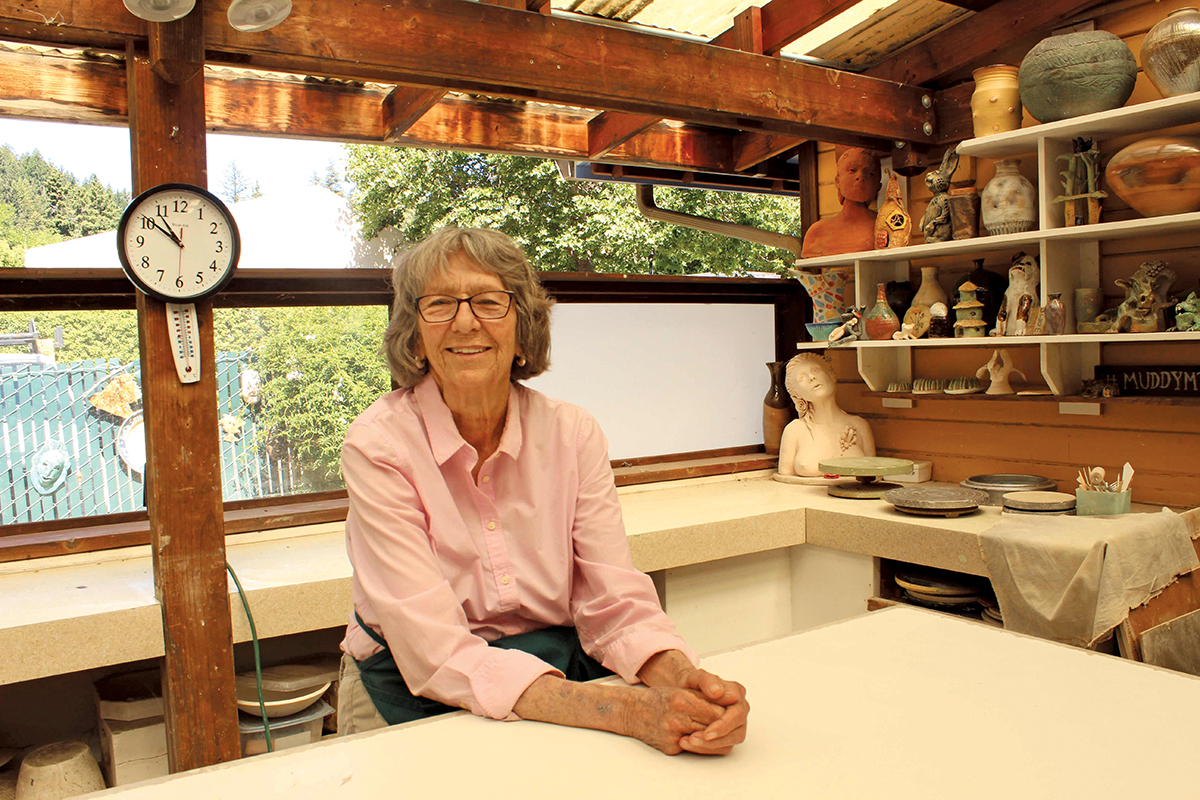 While June 15 was the day California should return to “business as usual” according to California Governor Gavin Newsom, residents were all on the map as to their reaction to the “opening up”.

On Tuesday, California abandoned its system of color-coded restrictions and switched to federal public health guidelines, meaning most social distancing and other pandemic requirements have been lifted.

While some fitness center employees in the area went out of their way to let customers know they can exercise without masks, other establishments have not been as keen to change their business practices.

Some restrictions will remain in place – such as restrictions on particularly large gatherings, and the county health authorities will be allowed to maintain stricter guidelines if they so choose.

the Press banner Hiked the Santa Cruz Mountains on Tuesday to see what community members think of the move.

Some business people refused to speak for the story because they didn’t want to post false information about what their rules will ultimately be. One said he was awaiting further instructions from regulators. Others refused to speak for fear of alienating customers who might incorporate a political stance into their decision. Some seemed confused about when the changes would take effect. But overall, a cautious optimism snaked its way through the Santa Cruz Mountains.

Tina Walker, 41, has worked at Felton Paint and Hardware her entire life. Her family has been running the shop longer than she has lived.

“I think they are lifting mask restrictions on people who have been vaccinated,” she said, adding that she plans to continue wearing one to protect her aging parents. “It doesn’t really change anything for me.”

Her father Don was hospitalized with pneumonia at the height of the pandemic. At first she was afraid he might pick up Covid-19 at the hospital, but her fear subsided when she learned how isolated the doctors were keeping him.

“They popped him right in the hole,” she said. “He didn’t see anyone but the doctors and nurses.”

Your business has done surprisingly well over the past year. But while they were allowed to stay open as it was an essential business, getting products was sometimes a struggle, she said. Some items of clothing are still on order, she adds.

Her mother Linda is happy to see the restrictions lifted, but she still wants to be careful.

“Good luck everyone – hopefully everyone doesn’t get too excited until we’re really, really sure,” she said. “Because we don’t want people to get sick and go to the hospital.”

Don says he went to the hospital thinking he had Covid-19, found out he had pneumonia, and ended up being diagnosed with congestive heart failure.

“It’s a good excuse not to have to do anything,” he jokes now.

Skavenge Art owner Selena Zontos, 37, pondered the new reality as she prepared to open the shop in downtown Felton selling her artwork.

Over the past year, she has ramped up her online sales efforts.

“That worked out great,” she says. “If I hadn’t done that, I wouldn’t have survived.”

She found that the energy she put into her digital presence was paying off.

Now that more and more people are being vaccinated and the state is lifting restrictions, she is confused about how to react. On the one hand, it knows that it has to enforce fewer requirements. On the other hand, their business is a relatively small space where virus transmission might still be possible for unvaccinated customers.

Paul Wright, 74, a Hwy 17 / Glenwood Drive resident who hung nearby couldn’t help but tune in with his two cents.

“I’ll wear a mask when people ask me to wear a mask,” he said. “I don’t feel like rocking the boat.”

Even if the novel coronavirus appears to be under control in the U.S., that doesn’t mean it isn’t festering elsewhere, he noted.

“It’s still pretty virulent in many places,” he said. “England is bad. France is pretty tough. “

Wright sees the great California “opening” as an arbitrary date rather than a true reflection of a high water mark for virus risk.

“It’s about the same as yesterday,” he said, adding that he wasn’t too worried – after all, he was vaccinated. “Actually, I’m pretty comfortable around other people.”

Wright hopes the US will do more to help the rest of the world.

It is important not to take the bait of people who do not always care about our well-being – especially when it comes to health regulations.

“What I don’t like is making it a political issue,” he said. “It serves the politicians, but it does not serve the common people.”

At the Santa Cruz Mountains Art Center in Ben Lomond, volunteer Carl Christensen lifted a huge stylized vagina in place while hanging art for the opening of the Earth & Fire show this weekend. The nonprofit space closed more than a year ago, and the ceramic and glass show will be the first in-person event since then.

“We were completely closed until May,” she said. “What Covid has done has made us search and do more things online.”

The center started hosting virtual events and kept its followers informed with email updates. To bridge the gap between the virtual and the real, they allowed artists to display some art in their shop windows. And because they have a large back yard, they ended up being able to hold outdoor art classes.

But the fight against the coronavirus has also taught them a lot. Archibald says, for example, that the online registration system seems to be working quite well.

“We were able to control the number of people who were here,” Archibald said. “Before that there was a lot of paper.”

They had hoped to get rolling this time and were delighted to hear the government reopening order so they could confirm their plans, she noted.

“We’re just trying things out to see how they work,” she said, adding that for the time being, they’ll be working Friday through Sunday, 12pm to 5pm, with reduced hours. “We’re opening slowly”

Up in Boulder Creek, Jeff Brough, the owner of SWAG: The Eclectic Collective, felt the excitement of a new California dawn as he opened his boutique for the day.

“I just removed all of my social distancing and masking signs because I think it’s technically fine now, right?” he said, adding that he remembered the long drudgery the pandemic was. “It’s been slow for a while.”

He says he was fortunate to have many different “fingers” on different sources of income. For example, while customers who could no longer go out stopped buying jewelry and clothing, he started a decent business repairing antique turntables.

“Some fingers died and fell from the hand,” he said. “Other fingers grew long fingernails.”

Khris Bigelow, 59, a resident of Bear Creek Road in Boulder Creek, says she sees the easing of the rule as positive, but hopes Californians aren’t throwing their masks away just yet.

“I think if you go into stores you should still be considerate and wear a mask,” she said. “I’m vaccinated, but people don’t know that.”

Just because the state is opening up doesn’t mean everything is back to normal, says Miranda Leung, who runs the Scotts Valley Canton Restaurant with her family.

“When I go out and there are a lot of people, I wear a mask,” she said. “It helps my allergies.”

She knows that everyone will have a different approach to pandemic rule changes.

“When a customer comes in here, I can’t make them wear a mask,” she said. “It’s tough business, especially for the Mom and Pops.”

After managing a Chinese restaurant for decades at 41NS Avenue in Santa Cruz, the family decided to open the Scotts Valley location in August 2019. Then the novel coronavirus hit.

“It’s bad timing,” she said. “But who knows? Nobody knows this is coming. Nobody could predict the future.”

Although several lunchtime diners chewed during her speech, Leung said the family’s business had collapsed by about 60%. And she’s not sure what the future holds.

“Even at the moment, I’m taking a slow pace at business,” she said. “I’m just curious how it will be tomorrow.”