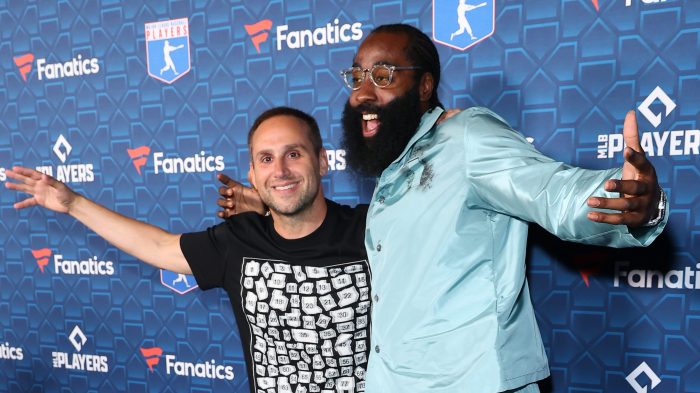 Originally founded in Philadelphia in 1904 by Frank Mitchell and Charles Ness, the company produced uniforms for local football and baseball teams and expanded over the century to eventually make jerseys for their local Philadelphia Eagles, along with several NFL and MLB franchises in the 1940s.

In the late 1990s and into the new millennium, the throwback jersey business exploded, thanks in part to an Allen Iverson cover of SLAM Magazine that debuted in 1998 during the NBA lockout. After generating roughly $1.5 million in sales before Iverson showed up in a custom Royal Blue 76ers jersey with “PHILA” written on the front, the company grew to over $23 million in sales by 2002 .

Since then, Mitchell & Ness retro jerseys became a staple in music videos and performances in the 2000s, with the brand teaming up with designer Don C.

For the past decade, NBA teams have routinely included throwback jerseys in their uniform rotations during the regular season and playoffs.

The new Mitchell & Ness ownership group represents another growth chapter for the company as several of the key figures who helped define and validate the brand in the early 2000’s now both invest in the company and help shape the shape the direction of the company.

Nick DePaula is a footwear industry and lifestyle writer at Andscape. A native of Sacramento, California, he has lived in Portland, Oregon, a major hub of the sneaker company’s headquarters, for the past decade. He often argues that How To Lose a Guy in 10 Days is actually an underrated film, largely because it’s the only time his Sacramento Kings have reached the NBA Finals.