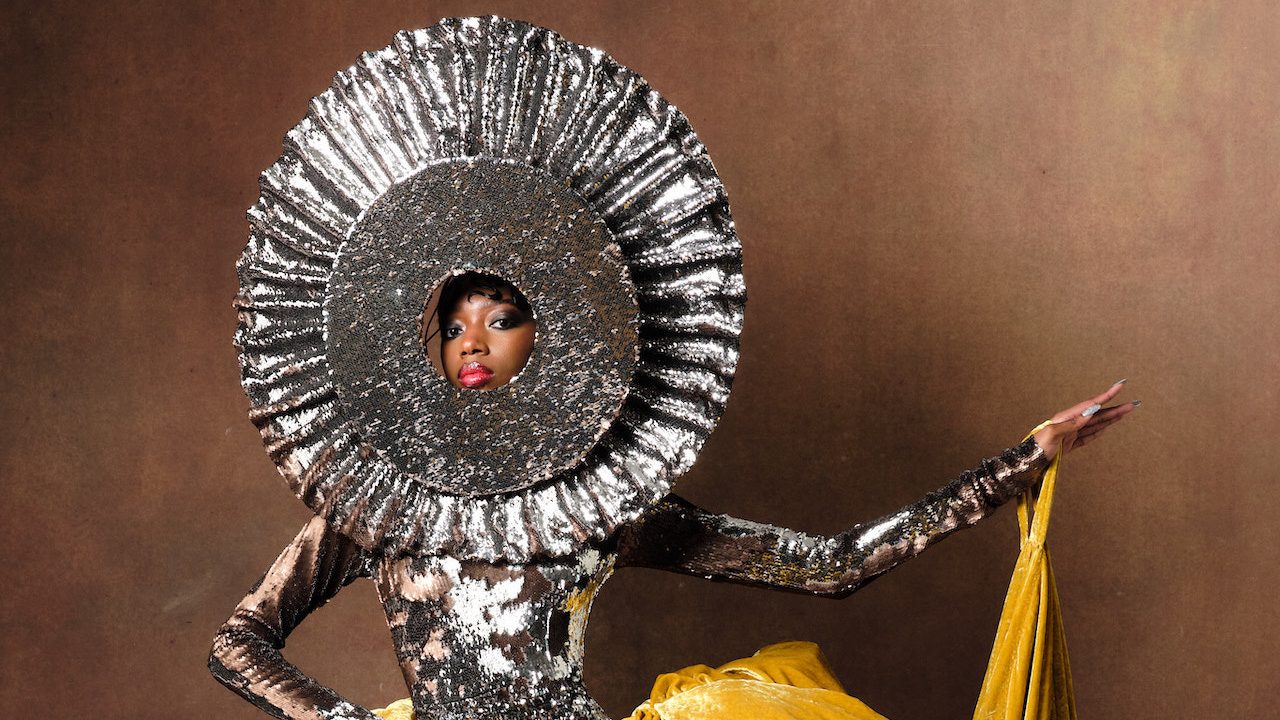 British-American fashion designer Harris Reed opened London Fashion Week with his unmistakable flair for staging a theatrical production through his work and giving a gendered twist to traditional design codes. This time he explored the themes of a debutante prom and rewrote traditional female tropes with his attitude.

For his spring/summer 2023 demi-couture collection, he starred in waist-hugging corsets and voluminous hoop skirts in regal hues like fuchsia and marigold, pairing them with rocking black thigh-high boots and grandiose headpieces by milliner Vivienne Lake, who designed the sky-scraping halo and bell-shaped creations this season.

He celebrated the return of his collaboration with Missoma by dressing a model in a one-of-a-kind, bespoke piece of wearable art, crafted by Italian artisans and featuring a crescent moon, north star motif and a Georgian-inspired hand pose with a baroque pearl – all themes throughout Reed and Missoma’s second collection (which started on Thursday).

“I fight for the beauty of liquid. I fight for a more opulent and acceptable world. This is really important to me,” Reed said in a statement. “Harris Reed’s challenge is to be the fashion risk-taker. I love wearing only silver, but mixing metals is not only easy, it makes a big impact. The jewelry really pops with the contrast. With this collection you can have fun and play.”

Singer Adam Lambert (currently working as lead singer with legendary British band Queen) performed during the presentation and closed the show with an emotional performance of “Who Wants to Live Forever”. Reed sang praises to Lambert Instagram.

“When my partner and I saw you perform as a queen at the O2 in all your crystals and makeup and the entire arena hugged you, smiled and cheered for you, I’ve never cried so much.” wrote Reed. “Isn’t the ultimate dream to be so deeply yourself that you never felt yourself anymore and at the same time the world embraces you, doesn’t judge or lock you up, but LOVES YOU FOR YOU.”

Following the death of Queen Elizabeth II on September 8th, there were talks that London Fashion Week could be cancelled. Reed shared a message on Instagram asking for support for small brands.

“It’s been a challenging two years, in those two years I’ve been absolutely blown away by how incredibly supportive the fashion community in London is as they go through massive challenges. Designers, Models, Motion Directors, Casting Directors, Nail Artists, [and] Writers have supported one another and lifted one another up,” he wrote. “London is a place where community, creativity and cultivation should always be at the forefront of what we support and nurture.”