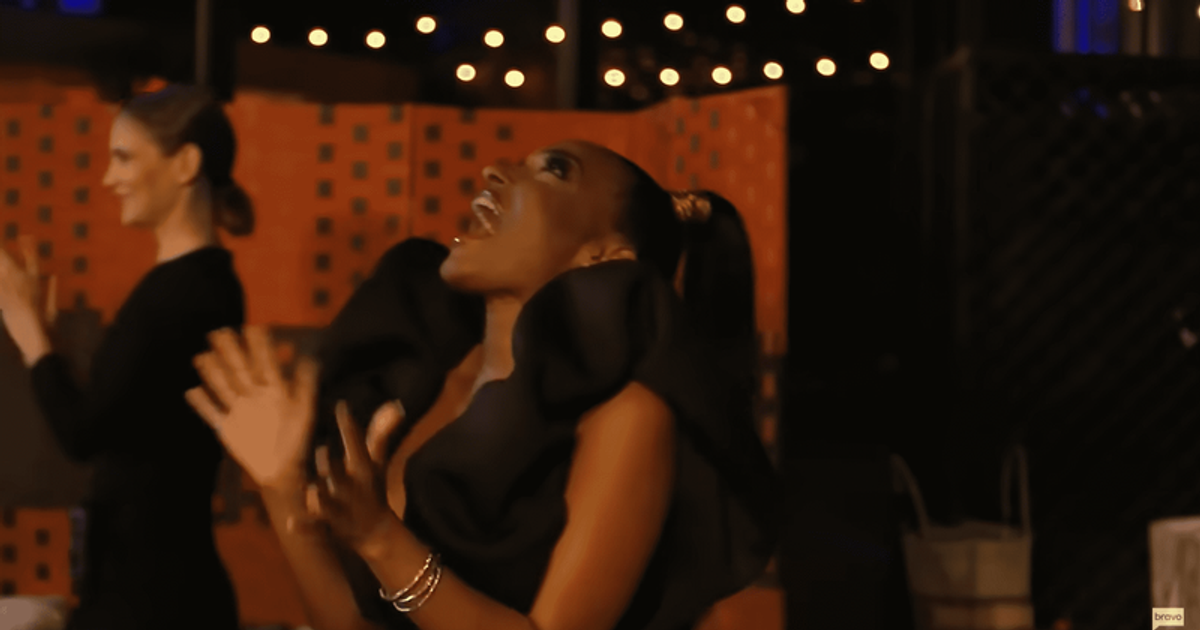 Bravo’s new show The Real Housewives of Dubai has finally landed and successfully delivered a dramatic TV series premiere. If the premiere episode was any indication of how the Bravo series will progress, we’re in for quite a ride.

The inaugural season featured six housewives and their ultra-glamorous, lavish lifestyles. Among them, fans already knew Caroline Stanbury, who previously appeared in another reality show “Ladies of London”. However, fans were surprised to also see another familiar face, Lesa Milan. Lesa was a cast member on BET’s College Hill from 2008-2009. College Hill was an uncensored reality series that documented the lives of a diverse group of students trying to live under one roof. In the series, Lesa was a diva and a pageant queen who always wanted to have a fabulous life.

Chanel Ayan Fights With Housewives Over Party Snub, ‘RHODubai’ Fans ‘Agree With Her’

In the first episode of The Real Housewives of Dubai, it is revealed that Lesa is now a successful fashion designer and entrepreneur living a lavish life in Dubai. The mother of 3 boys is the founder of a maternity clothing brand Mina Roe which includes celebrity clients like Beyonce and Khloe Kardashian. She is married to multimillionaire financier and real estate developer Richard Hall.

Fans were quick to praise Lesa Milan for glowing and for cementing her successful career. One fan tweeted: “They used to clown Lesa Milan on College Hill because they always talked about how fabulous she was and now look at her…she fabulously lives in Dubai with her husband and 3 kids# RHODubai”. “Lesa looks like Megan thee Stallion and she’s just as likeable as she is #RHODUBAI,” shared one fan. “I think Lesa Milan had the best reality show ever #RHODubai,” shared one fan. “I’m so happy for Lesa. Sis really left College Hill to live her best life as a rich black man in Dubai. WITH a fine rich man by her side and three beautiful children. phew #RHODubai,” echoed one fan.

They used to clown Lesa Milan on College Hill for always talking about how fabulous she was and now look at her… she lives fabulously in Dubai with her husband and 3 children #RHODubai pic.twitter.com/OfS562JjDe

I’m so happy for Lesa. Sis really went from “College Hill” to her best rich ass black life in Dubai. WITH a fine rich man by her side and three beautiful children. Furious. #RHODubai pic.twitter.com/ihe4um1PYO

In The Real Housewives of Dubai, Lesa is portrayed as a successful businesswoman and a great mother. Aside from her lavish lifestyle and career, fans also loved Lesa’s friendship with Chanel Ayan and are already calling them a power duo. When Chanel Ayan clashed with the other cast members, Lesa was the only one supporting her.

“I try not to choose sides, but I’m always Team Chanel.” the same here lesa! #RHODubai,” said one fan. “A supermodel and a beauty queen! Lesa and Ayan will give me Cynthia and Kenya #RHODubai,” one fan revealed. “Chanel Ayan and Lesa are best friends? Yes let’s get into the winning team girlies #RHODubai,” reiterated one fan. Another fan tweeted, “Chanel and Lesa are so beautiful! And their VIBES together are flawless. #RHODubai”.

A supermodel and a beauty queen! Lesa and Ayan give me Cynthia and Kenya 😍😍 #RHODubai

Chanel and Lesa are so beautiful! And their VIBES together are flawless. #RHODubai

Real Housewives of Dubai airs every Wednesday at 9:8c on Bravo and is available to stream on Peacock.

Rethinking the future of e-commerce and fast fashion