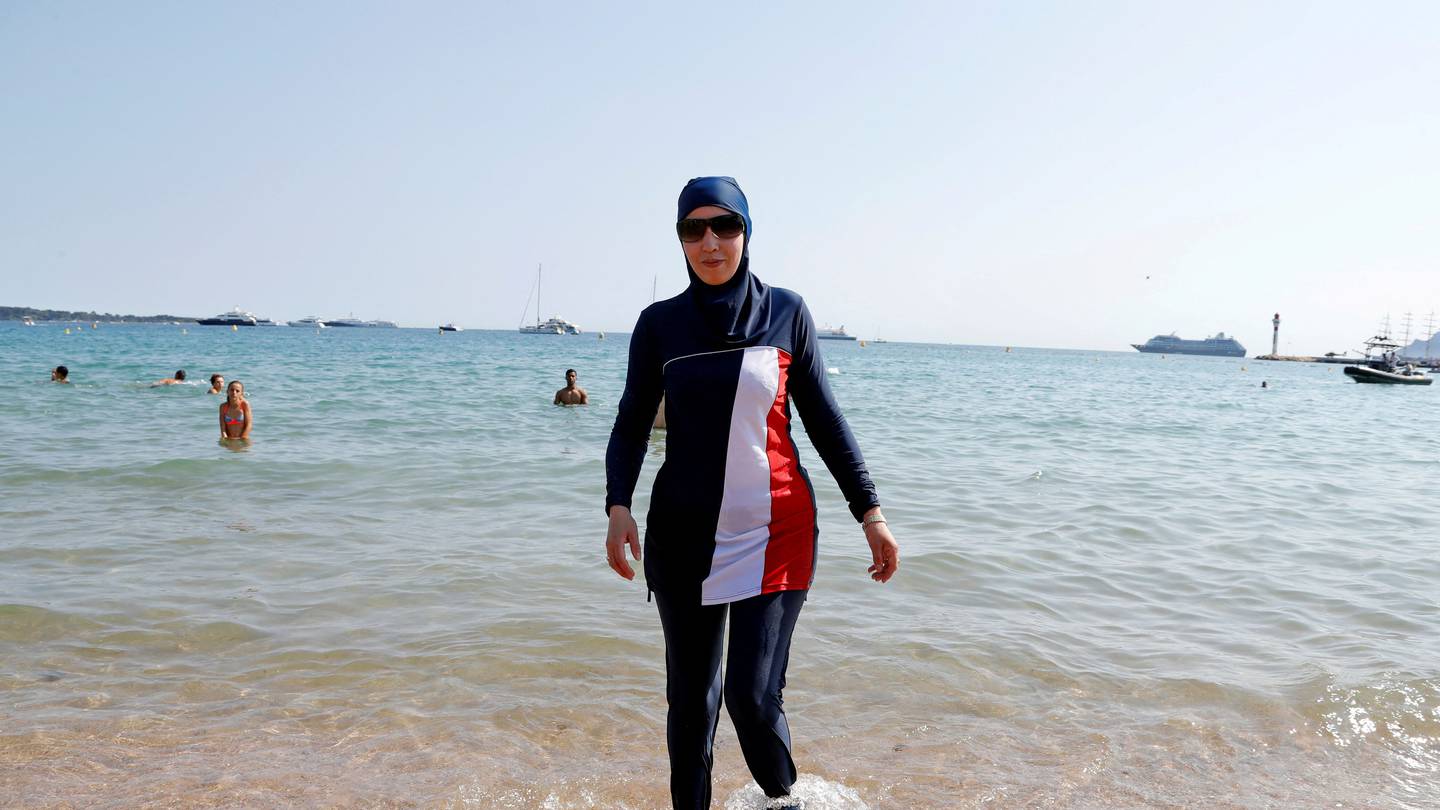 In France, the country’s highest court last Tuesday voted to overturn a decision made in Grenoble, a city that flouted its burkini ban, allowing women to wear swimwear if they chose.

Burkini bans have been in place in public swimming pools in France since 2016, but Grenoble municipal council last month voted to suspend the ban following protests by Muslim women. France’s Council of State has quashed the dispute and reinstated the ban, saying it “cannot allow selective exceptions to the rules to satisfy religious demands”.

The burkini as we know it was created in 2004 by Lebanese-Australian fashion designer Aheda Zanetti to offer a garment that would allow Muslim women to enjoy the Australian beach lifestyle while adhering to their modestwear guidelines.

Since then it has become the subject of much controversy; France, for example, which prides itself on secularism, has seen it as a symbol of religious extremism.

However, full coverage swimwear isn’t always religious – there are a variety of reasons why women tend to wear burkini-style swimsuits for public pools and beach trips.

Just ask Lindsay Lohan, who wore a burkini while on vacation in Thailand in 2017. Six years earlier, British television personality Nigella Lawson caused a stir when she wore a burkini from Muslim brand Modestly Active on holiday in Sydney.

“Many European ladies who have ordered a full burkini sometimes don’t use the hat or even the leggings, but buy it because they need a long-sleeved top that covers half their leg,” she says The National.

“The need to cover the body is not only motivated by religion, but can also have health or personal reasons. If you want to preserve the right to go to the beach and swimming pool for everyone, I think you can find other solutions and compromises,” says Taffarello, who opposes the French burkini ban.

“When diving and other water sports, swimmers often wear wetsuits that need protection from UV rays or the cold,” she explains, noting that burkinis offer the same level of protection as a surfer’s wetsuit, which remains unstigmatized in the western world .

Fueled largely by social media, the rise of modest fashion has helped shatter stereotypes about conservative dress and swimwear. Not only sports brands like Nike and adidas have jumped on the burkini bandwagon, luxury labels like Cynthia Rowley and high street stores like H&M have also started designing stylish long-sleeved swimwear.

The UAE has its own share of modest swimwear design talent, with brands like Maya and Nur Swimwear paving the way for stylish burkinis. This spring, Hadia Ghaleb, the Dubai influencer who has more than two million followers on Instagram, launched an inclusive swimwear brand that gives burkinis a cool and colorful upgrade.

While the fashion industry has embraced and embraced modestwear, the image of the Muslim veil — now extended to include burkini swimsuits — remains a heated political symbol, particularly in France, where the country’s Senate last year voted to ban the hijab for minors.

France’s strict swimwear policy doesn’t just target Muslims, however; It sends a message to all women in the country that if they are to enjoy public swimming, they must flaunt their skin — a requirement that not all women are comfortable with, whether it is due to personal preference or skin-related medical issues and dangerous sun exposure or normal body insecurities.

Such a strict swimwear policy, which can come across as Islamophobic, misinterprets burkinis as a symbol of cultural or religious patriarchy. Bans forcing women to show their skin in swimwear, making them more digestible for the “male gaze”—something that has influenced fashion for so long—ironically caters to patriarchal sentiments that put the focus on the woman’s body.

They are also setting a dangerous precedent for other Western nations in surveillance of women’s bodies – an incident that American and European politicians often claim is unique to the East.

Burkini bans preventing women from covering their skin while swimming are just as repressive as forcing women to cover their skin against their will and cannot be masked as progressive in the 21st century. The vehemence with which such rulings are upheld and enforced should be extremely worrying for women’s rights advocates, no matter where you are in the burkini debate.

RB Fashion was developed in cooperation with customers and responds to the needs of women. All photos: RB Fashion