French fashion house Dior returned to live audience shows on Thursday with a fireworks display of its Cruise 2022 collection in Athens at the Panathenaic Stadium, the site of the first modern Olympic Games.

The Greek craftsmen whose work was on display in the collection included a tailor and embroiderer from Argos in the Peloponnese, a silk factory in the northeastern town of Soufli, and a manufacturer of fishermen’s hats from the port of Piraeus. 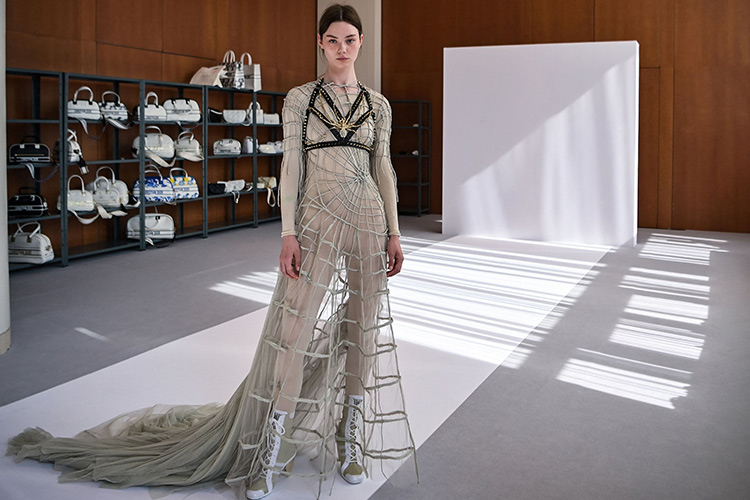 A model presents a creation during the Dior’s Cruise 2022 show rehearsal in Athens.

“I’m very interested in the craft. It’s my passion, ”said Maria Grazia Chiuri, Dior Creative Director. “Every country has many different aspects of fashion,” she said. Cruise collections fall between the usual spring / summer and fall / winter collections – and French houses often visit other countries for the introduction. The Athens event “combines the power of heritage with contemporary ingenuity,” said Dior.

The peplos, the robe traditionally worn by women in ancient Greece, was a “key inspiration” for the show’s tunics, the fashion house said. The collection – mostly in black, white, gray, gold and blue – also included sportswear items and suits, inspired by jackets and pants by Marlene Dietrich. The show took place on the Acropolis 70 years after an iconic Dior shoot.

“We are very proud to be here,” said Chiuri. “When I got to Dior, I found the archive and said it would be great to do this trip in Greece again one day. In a way, it’s an anniversary, ”she said. In addition to the Acropolis, Greek officials have allowed Dior photo shoots at the Odeon of Herodes Atticus, the ancient agora in Athens, the Temple of Poseidon in Sounio and the Temple of Zeus in Nemea. Chiuri said it was a welcome feeling to win back crowds. 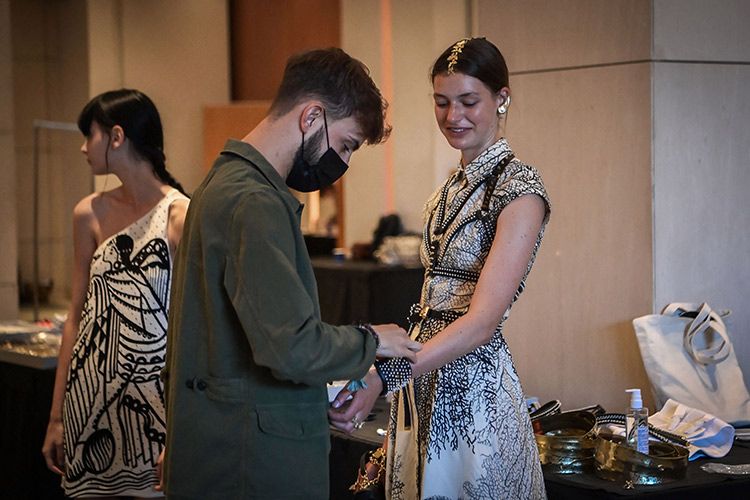 A model will be prepared during rehearsals for Dior’s Cruise 2022 show.

The last show with an audience, a minor affair, was in September. “We worked a lot with video and film, but it’s completely different to have an audience at our fashion show. It’s like a concert, ”she said.

“Our guests are part of the show.” Last summer, Dior presented its cruise collection in the Piazza del Duomo in Lecce, Italy. Meanwhile, Milan Fashion welcomes another fashion event, lights, camera, real live audience – real people back to its shows on Friday, a sign that the industry is ready to change the page via virtual formats that will be played during the Pandemic were accepted.

The numbers are still modest, only Armani, Dolce & Gabbana and Etro invite an audience to their spring / summer 2022 men’s collections. “This is the dress rehearsal for the return to normal,” said Federica Trotta Mureau, editor of the Italian fashion magazine Mia Le Journal.

The shows represent small steps, but the impact of the live events instead of the video presentations or short films that have been relied on since early last year when the coronavirus broke off the twice-yearly shows in the Italian business capital would still be appreciated, said Mureau.

Black Companies You Should Know!

The market for fashion luxury cashmere clothing is booming regionally