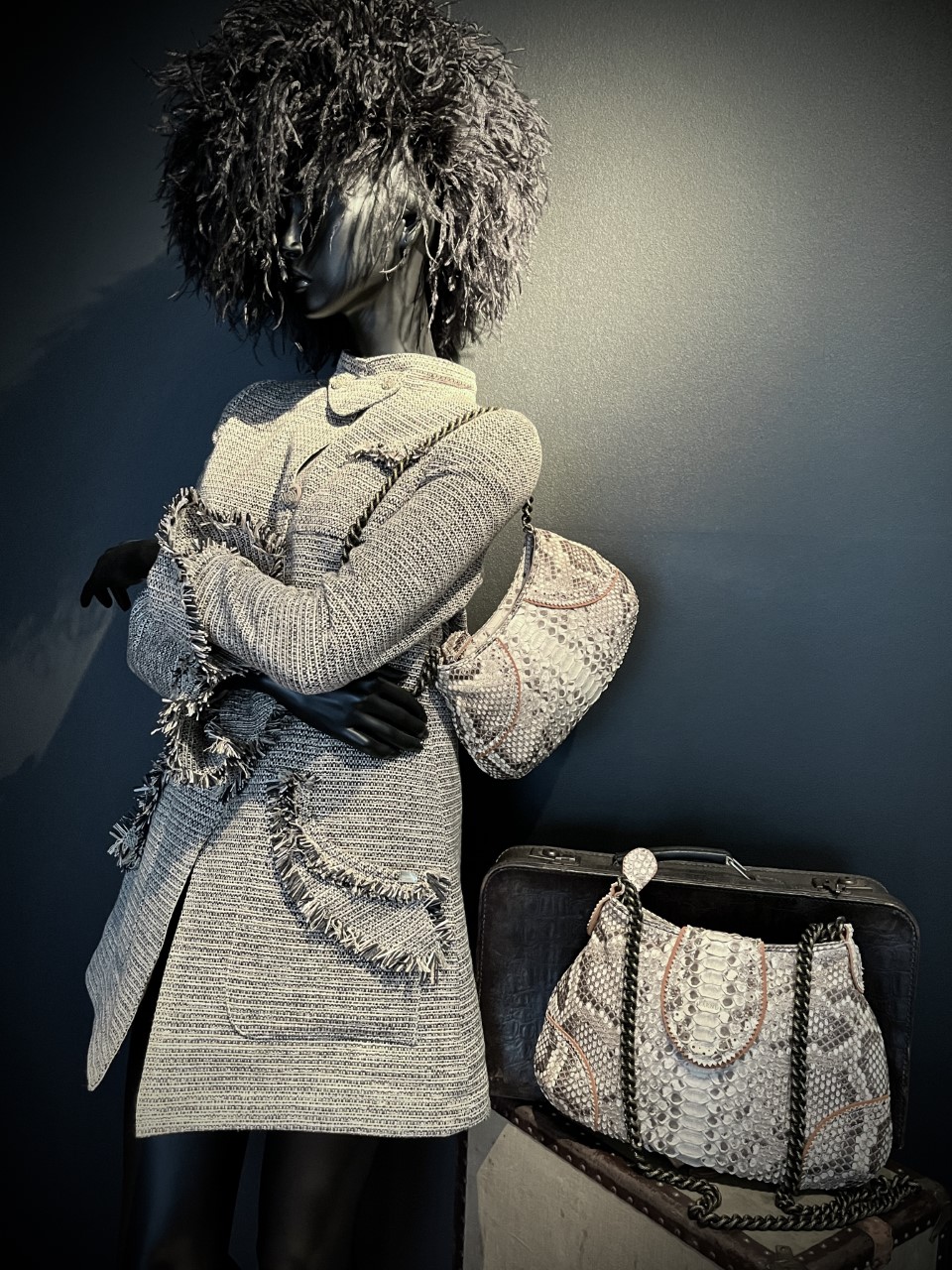 When Frankfurt-based designer Albrecht Ollendiek visited New York for the first time since the outbreak of the pandemic, he took part in the art scene as much as possible.

He has been in the business for 35 years and said: “To be honest my one love is New York because I started doing business in New York when I was 20 [through a German-American fashion agency that was selling German fashion designers to the U.S.].”

Researching art heightens his sensitivity to design, be it Chinese Shang Dynasty bronzes or the work of British contemporary portrait artists. Before he flew back to Germany after a stay of several days, he toured the city. “It’s been two terribly empty years — not that my life is empty without New York,” Ollendiek said. “I breathed in every piece of New York. I’ve been to Neue Galerie and Café Sabarsky, which I love. I went to galleries, Sotheby’s, Christie’s – all the places I love about New York.”

Before COVID-19, Ollendiek was visiting New York every six to eight weeks and he’s now eager to return to that routine. With a studio and boutique in Frankfurt, he specializes in technically sophisticated couture designs, including those in leather, suede and crocodile skin (by Hermès). The majority of the Paris-made fabrics used in his designs are made exclusively for his company. Most are also lined with made-to-order silk prints (last winter printed ones inspired by Francois Boucher paintings). For example, a printed leather was developed last year and the same print is offered in all-over embroidered silk chiffon. The designer said the traditional concept of seasonal collections is old-fashioned and his collections are done when they’re done.

A trip to Peru resulted in such art-centric prints as one inspired by the gilded side altars in Lima Cathedral. He also visited the Peruvian Textile Arts Center and ordered many hand-embroidered trimmings. “The nice thing is that with every meter of braid you get a little label with the name of the Peruvian lady who woven it and the remote village where it was made,” he said. “Not only do you have this jacket made from one of the finest leathers in France with this Boucher silk print inside, you have these ribbons made by Peruvian artisans in remote villages in Peru. That’s what I love – bringing different types of cultures together and making something new out of it.”

Ollendiek prides himself on being trusted by customers and said most of his customers are “in very exposed social situations where they are looked at and judged and need clothes that don’t ridicule them. They need clothing that gives them strength and confidence. They also want to communicate that they are at the forefront of fashion. I don’t like the word “trend” very much. I’m not the trend person. I’m more concerned with style, taste and independence.”

The self-taught man said he still knows exactly how everything is produced and manufactured, including the patterns. Because everything is bespoke, customers expect a lot and pay a lot, he said. The main retail price range is between $1,500 and $10,000, with alligator and other fine leathers costing up to $50,000.

At the end of next month, Ollendiek will be the only couture designer to take part in Frankfurt Fashion Week. A trunk show is planned for this fall in New York. “A lot of work – we are drowning in work. We’re drowning in orders,” he said. “We make everything – handbags, leather, suede, silk and evening dresses – in our own workshop. I’m very picky about crafts. I fight with my assistants for every millimeter or stitching. We discuss and argue about the thickness of a thread.”

He’s excited to work with select US dealers on some exclusive signature designs. “I want to make more fun pieces than having 50 of my skirts hanging there in all colors and sizes,” says Ollendiek.

Apart from a few short business trips, the designer plans to visit Angkor Wat for 10 days – anything longer would make him miss his work and his dog. Referring to his multidimensional approach, he said that working at the level he does is like trying to never sit in a chair. “It’s a lot more exciting to be caught between the chairs, which is maybe a lot crazier. But it’s a lot more fun,” he said.