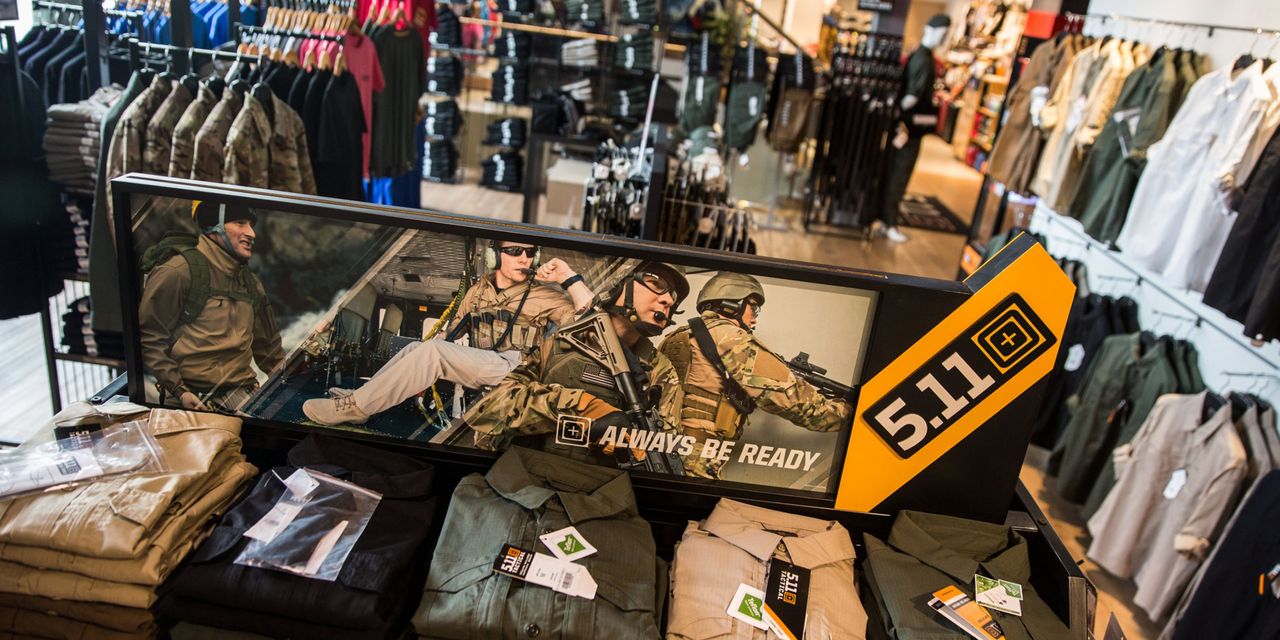 
Consumer demand on the high street remains strong, but inflation is taking away from purchasing power at the bottom of the income distribution.

Wall Street and private markets are looking bleaker and the US Federal Reserve’s tightening is to blame.

That is the view according to management at

(Ticker: CODI), a collection of niche industrial and consumer companies that resemble a publicly traded private equity fund. The current portfolio includes nine subsidiaries with revenue ranging from approximately $20 million to $100 million in the first quarter. Compass buys, sells and operates the companies with a mix of permanent capital and debt, rather than private equity funds that are raised regularly and for a limited period of time. The stock was a Barrons select over the years.

Compass’s largest consumer business is 5.11 Tactical, a supplier of gear and uniforms used by law enforcement, firefighters and other emergency responders which, under Compass ownership, has expanded into broader consumer apparel and products. Other consumer subsidiaries include BOA Technology, which makes a rotating alternative to laces or buckles for performance shoes, helmets and other gear, and Marucci Sports, a maker of baseball bats and other gear under the Marucci and Victus brands. The most recent acquisition, completed last fall, was Lugano Diamonds, a maker of high-end jewelry.

CEO Elias Sabo says that while overall consumer demand remains strong across Compass’s various businesses, weaknesses are emerging as shoppers are forced to be more conscious about their spending in a high-inflation environment. This is most evident in the mass market, with lower-priced items sold by Compass subsidiaries that appeal most to less affluent shoppers, Sabo says.

“It’s a function of ‘Are you buying milk and gas? Or do you buy a home fragrance product?’” says Sabo. “We see clear demand destruction there if these products are a discretionary purchase.”

Selling high-end or luxury products from BOA or Lugano hasn’t felt the impact given their better-heeled customer base. “Inflation hurts you differently depending on where you are on the income spectrum,” says Sabo.

Compass’s three non-consumer businesses are involved in the manufacture of candles and other heating equipment for the food industry, custom packaging and high-tech industrial magnets. These are mostly US-focused and are helping to insulate Compass somewhat from global supply chain shortages and the recent Covid-19 lockdowns of China. The relocation of production to the USA is a long-term tailwind there, says Sabo.

In the short term, however, things soften. “Broadly speaking, our industrial companies continue to feel pretty strong,” says Sabo. “Although at a macro level they probably felt a little better in March than they are today.”

Part of Compass’s model is that it can issue debt and equity at the holding company level, providing its subsidiaries with cheaper capital than if the small companies were to seek financing themselves. The company has refinanced much of its debt at ultra-low interest rates over the past few years — looks like a good time now that interest rates are rising. The approximately $1.3 billion in outstanding bonds have interest rates in the low 5 percent range and no significant maturities until 2029. Compass had nearly $100 million in cash and approximately $600 million in debt at the end of the first quarter. dollars on its revolving credit facility.

The pullback in public stock markets has weighed on valuations of private companies that may also be up for sale, Sabo says, as multiples have shrunk and debt financing for deals has become more expensive. But with the economic backdrop still strong, the results haven’t been hit nearly as hard. That means sellers of companies can afford to wait for a better market, and the M&A pipeline has been relatively dry in recent months.

“Nobody wants to start one [sales] or be in the middle of a process when this massive repricing takes place in the public markets,” says Sabo. “And because the economy is still fine, there isn’t a lot of earnings pain [that’s resulting in] forced sale.”

The compass is on both sides of this equation. Last summer, the company filed an S-1 prospectus for 5.11 Tactical to seek an IPO for the company. The company shelved those plans earlier this year, citing turbulent stock markets and preferring to wait for calmer waters.

(FOXF) is a former Compass subsidiary that took the company public in 2013.

Compass stock is down 24% after dividends in 2022, versus a 22% year-to-date loss for the Russell 2000 index of small-cap stocks. The company released first-quarter results last week.