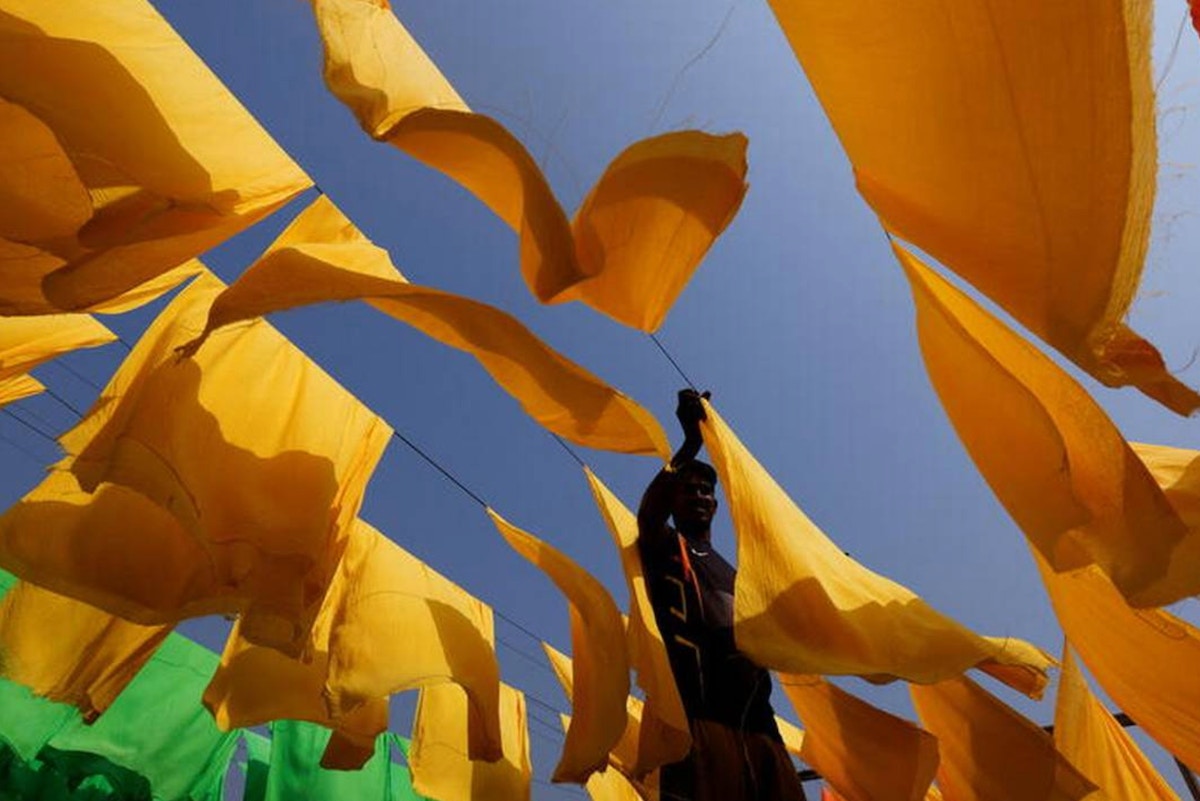 Md. Sajib, in her early twenties, prepares for an 18-hour shift in a hot and dingy multi-storey factory building in Old Dhaka.

Many small factories like his make clothes for the local market – and as the holy month of Ramadan approaches, they run around the clock to meet demand. That means long working hours.

A global rights index published by the ITUC ranks Bangladesh in the top 10 countries with the worst protection of workers’ rights due to weak laws, restrictions on union membership and “brutal repression” of strikes.

The International Labor Organization (ILO) also in March asked Bangladesh to report on its progress on improving working conditions at the November meeting of the ILO governing body, warning that insufficient progress could lead to a Commission of Inquiry.

Last year, based on ILO guidelines, Dhaka prepared a roadmap to implement pending reforms in the areas of labor law, union registration, labor inspection and enforcement, unfair labor practices and violence against workers.

We examine whether things are improving locally and how new commitments from global fashion brands could accelerate Bangladesh’s transition to greener and fairer business models:

According to Bangladesh, there are more than 3,720 export-oriented garment factories employing about 2.7 million workers Pictured in Bangladeshan initiative of the Center for Entrepreneurship Development at BRAC University.

Since the Tazreen Fashion fire in 2012, which killed more than 100 workers, and the Rana Plaza collapse in 2013, which killed at least 1,132 workers, efforts have been made to improve occupational safety in the apparel industry improve.

In the wake of the Rana Plaza disaster, international fashion brands created the Accord and Alliance platforms, which have helped improve factory safety through inspections, audits, remediation and training.

Since 2020, a nationally-led RMG Sustainability Council, bringing together industry owners, brands and unions, has been taking on the work of ensuring building and fire safety. The Bangladesh Garment Manufacturers and Exporters Association (BGMEA) says there have been significant improvements in workers’ rights, including safety and transparency.

What power do workers have to achieve better conditions?

Efforts to give workers freedom to organize in Bangladesh are lagging behind other sectors, labor experts and workers say.

There are around 1,100 registered trade unions in the garment industry and workers’ participation committees in many factories. Yet union activism remains beset with challenges.

Shahin, 23, works in a large factory in Hemayetpur, west of Dhaka, with decent conditions. He was previously general secretary of a factory-level union and helped organize a workers’ strike for higher wages, but when he lost his job he walked away from union activism, he told the Thomson Reuters Foundation.

Repon Chowdhury, executive director of the Bangladesh Occupational Safety, Health and Environment Foundation and general secretary of the Bangladesh Free Trade Union Congress, noted that there are many employer-controlled “yellow” unions that do not serve workers’ interests.

But employers’ fears that worker-led unions could wreak havoc are unfounded, he added.

“Healthy industrial relations are fundamental to ensuring a healthy work environment,” he said.

Monzur Moin, international affairs secretary of the Garment Workers’ Union Center, which has ties to more than 2,000 factory committees, said registering a union with the Labor Department can be a complicated process, with applications often being rejected on flimsy grounds.

Hafiz Ahmad Mazumdar, a deputy director at the Labor Ministry, told the Thomson Reuters Foundation the government is in the process of amending the labor law and regulations to strengthen workers’ rights and freedom of association.

For example, the minimum percentage of workers required to support union formation has been reduced in recent changes.

In its latest report on Bangladesh, the ITUC found that since 2010 only about half of the applications to form unions had been approved.

But BGMEA President Faruque Hassan said registrations had risen, rising from just over a quarter of applications in 2015 to three quarters in 2021.

In a report to the ILO, the government said it had digitized its union registration system. However, the online system has experienced disruptions as applicants have returned to offline registration.

Gias Uddin, a director at the Labor Department, said his officials need more staff and support to continue facilitating freedom of association for workers.

The Department of Labor also plans to create a digital database for formal and informal sector workers to make it easier for them to receive social benefits, similar to what is being done in India.

Big fashion brands are demanding better labor and environmental performance from suppliers – will that help?

While the apparel industry improved its safety record, other sectors that contribute less to national exports made less progress. Last July, a fire broke out at Hashem Foods’ factory in Narayanganj, near Dhaka, killing at least 54 people.

The government’s Factory Inspection Agency has appointed about 1,000 new inspectors – but that’s still not enough to cover the more than 90,000 registered factories in a growing economy with a huge informal sector.

Small garment factories in the outskirts of Dhaka, supplying the local market and staffed mostly by men, do not issue the employee ID cards required for institutional entitlements such as minimum wage or paid sick leave.

International fashion brands sourcing apparel from Bangladesh have taken a more active role in recent years to raise both labor and environmental standards.

For example, Swedish fashion chain H&M, the largest foreign company sourcing in Bangladesh with more than 200 suppliers, has a vision to achieve carbon neutrality in its supply chain by 2030 and has committed to paying workers a living wage.

It is also among the 77 brands that have signed the International Agreement for Health and Safety in the Garment and Textile Industry in September for a period of 26 months, committing members to ensure workplace safety and labor rights.

Another example is the Green Button, a German government-backed certification that signals shoppers that clothing is made in accordance with labor rights and environmental standards. However, adoption has been slow as only a few dozen companies have received certification.

BGMEA’s Hassan noted that Bangladesh is moving towards sustainable, green manufacturing, with nearly 160 factories now certified by the US Green Building Council.

However, reforms to meet international standards are mainly taking place in the larger factories that supply big brands directly, while subcontractors and smaller companies that produce for local markets are often not subject to close scrutiny.

While global brands may push to combine social and environmental considerations, in Bangladesh the two issues are usually treated separately and dealt with by different government agencies, despite clear overlaps such as dealing with hazardous chemicals or noise pollution.