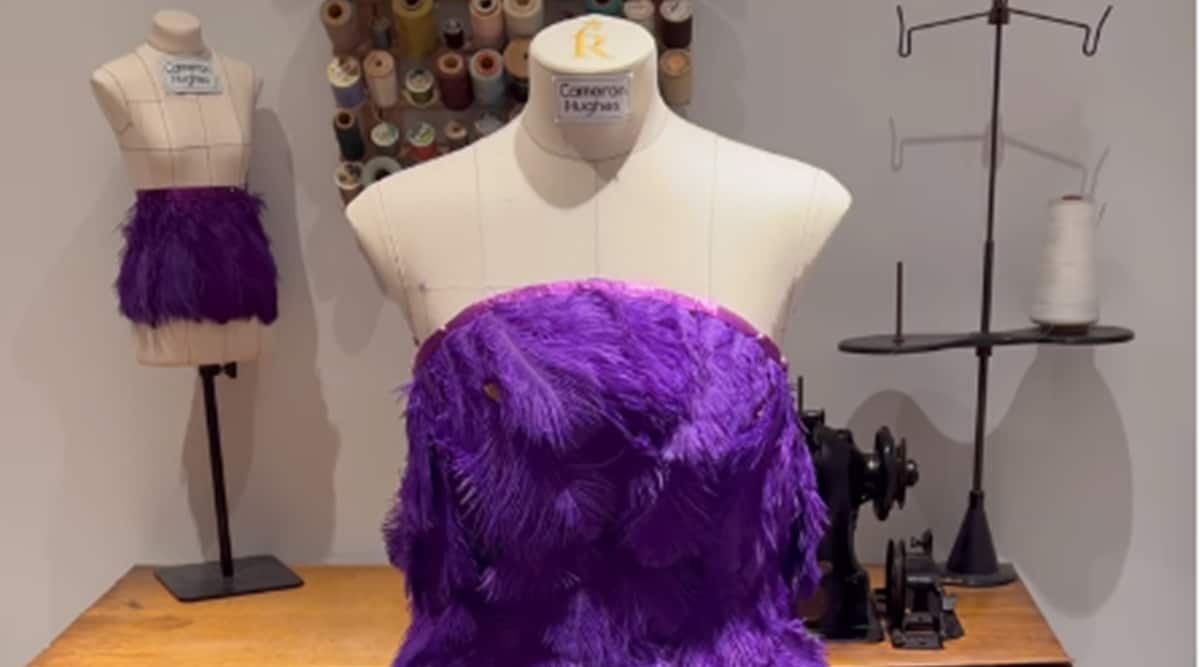 Cameron Hughes is a 28-year-old designer from New York whose clothes have a life of their own. His tech-focused dresses surged in popularity on TikTok during the 2020 pandemic.

Hughes’ designs range from a purple feathered dress that breathes in and out, a motorized dress with a skirt that changes color as you spin, and a dress that has receipts printed on it that say “VOTE,” which he during of the American presidential elections.

Hughes, who has a BFA from Syracuse University, uses his engineering and industrial design skills to create his hi-tech, rule-breaking designs.

The designer also takes his followers behind the process of his tech-driven designs in mini vlogs.

The breathing purple plumage, Hughes said in an interview with Fashionwas a long manufacturing process, much like his other creations.

To say his work is futuristic and thought-provoking would be an understatement, as evidenced by this mask, which was one of Hughes’ earliest creations that he shared on Instagram. He wrote in the caption: “Wear a mask, it’s a sign of respect. Flexible OLED mask made by me. With responsive display via microphone and semi-transparent display with RGB LEDs” He also stated that his inspiration was “@ladygaga performing at the @vmas”.

“We’ll do it on a wing and a prayer.” Inflation hits Danville businesses with a cost boost. | Local business news