Designer Rhuigi Villaseñor is a smooth talker. Even when he talks about how excited he is for his debut show for the Swiss luxury brand Bally, which takes place in Milan on Saturday afternoon, his voice sounds like pudding under the caramelized sugar of a crème brûlée: “I’m nervous.” He almost purrs, on a video call about a week before his show. “That’s the main stage, you know. I better sing my ass off.”

The 30-year-old Los Angeles-based designer founded the Rhude brand in 2015, translating soft imagery like the Marlboro ads and Coca-Cola logos into sumptuous leather loafers and sexy leather jackets. “Rhude was an exploration of what American consumerism is,” he says. Now, having relocated much of his life to Switzerland since his appointment to Bally in January this year, “I really revel in this lifestyle of Switzerland and Gstaad and Europe and what it means to be really luxurious in that sense.”

Villaseñor in his new habitat.

At Rhude, Villaseñor’s work sparked a phenomenon among a cohort of young, fashion-savvy men, helping them arrive at a new understanding of what luxury means beyond logos and celebrity attire. Instead, Rhude suggests, luxury can be a kind of communal connoisseurship.

“Community connoisseurship” – to be clear, that’s my term, not Villaseñor’s – could be a playful way of saying streetwear, a category Villaseñor is often put into. Of course, his mission goes beyond that, as his Bally debut attests: he’s ready to conquer women’s closets. “Men’s fashion has gotten a bit crowded in the last few years, I’d say ten years ago,” he says. All American designers like Virgil Abloh, Mike Amiri and Villaseñor have taken Paris by storm. “I don’t want what I do with Bally to distract me from the men’s business or my menswear craftsmanship. It’s really more to follow this beautiful journey learning about myself, the craftsmanship and heritage of Bally. I think the challenge here is real [to answer], what is the distinctive new identity for Bally? And how can I create this new Bally woman?”

Even the most fashion-forward women may not know Villaseñor. The fanatical nature of men’s fashion in recent years, with teenagers and 20-somethings following designers as if they were bands or sports teamsis almost a universe sealed off from women’s fashion.

I’ve long wondered if a menswear designer could try to transfer some of that energy into womenswear. But Villaseñor doesn’t seem to have that in mind. Bally presents a unique challenge: it’s not a major fashion player and frankly needs a serious, sparkling rethink. Consumers most often interact with the brand through airport duty-free shops, where even very little clothing is sold. Villaseñor feels it is synonymous with a rigorous, contemporary definition of luxury. 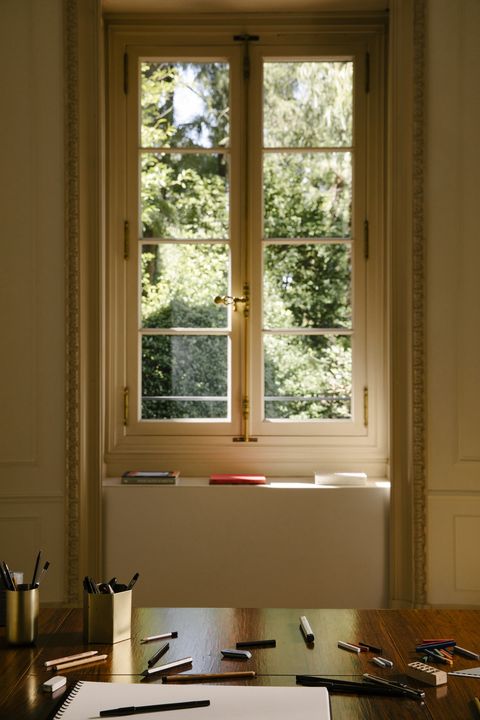 The designer takes a more sophisticated approach: “It’s about creating a woman to be celebrated. This is effortlessly sexy. I really think to really sell luxury, women are the ones who take the lead. Womenswear has the range to create something flowing. Something that can revitalize the brand, you know?”

To scale this Matterhorn, Villaseñor has enlisted stylist George Cortina, whose taste is notoriously fabulous, if meticulous; He has been known to mention a single frame from an obscure Italian film as a reference for a photo shoot. “He’s a legend,” says Villaseñor. Cortina is on hand to style the show, further suggesting the universe the designer is trying to create. “I think he knows how to make a woman look sexy in a simple white shirt,” says Cortina’s designer, adding that it’s a stylist skill he’s been studying for quite some time. 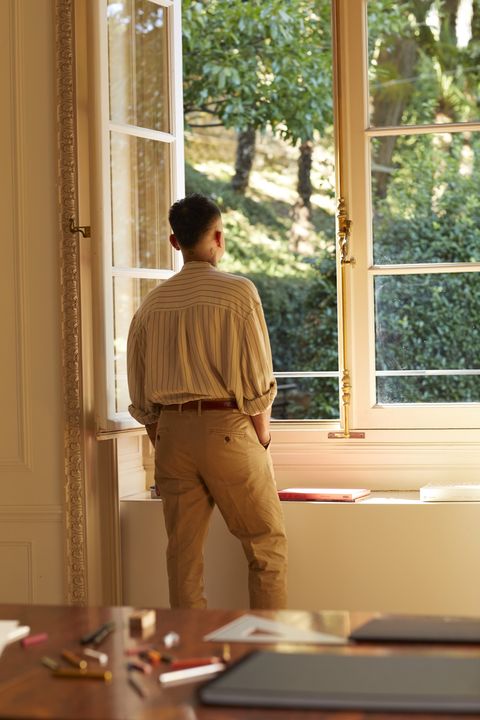 The word Villaseñor often uses is one that has almost been forgotten in women’s fashion: sexy.

“I think we all just want to feel sexy,” he says. “As a designer, it’s my duty to log into our time, right? Like where I think the minds of the people are, where the minds of my consumers are, where the minds of the community I bring to the table are. With the way I design and the people I surround myself with, I kind of internalize this idea that we all just want to feel celebrated and sexy, you know? Something liberating and refreshing, right?”

The debut focuses on classic sportswear with offbeat jewelry and cocktail dresses, as well as Villaseñor’s first attempt at a handbag. He describes the clothes as “crazy, beautifully crafted ready-to-wear pieces with sensual silhouettes”. Eventually, he wants to break into swimwear, sunglasses, and other categories as well. He calculates that if someone puts on five to seven pieces of clothing a day, they want to “conquer” one to three pieces of clothing.

“I think it’s going to be a celebrated, confident, beautiful person,” he says of his new Bally wife. She sounds like a smooth operator.

Rachel Tashjian is Fashion News Director at Harper’s Bazaar, works across print and digital platforms. She used to be GQ‘s first female fashion critic and worked as deputy editor of GARAGE and as an author vanity fair. She has written for publications including book forum and art forumand is the creator of the invitation-only newsletter, Opulent Tips.