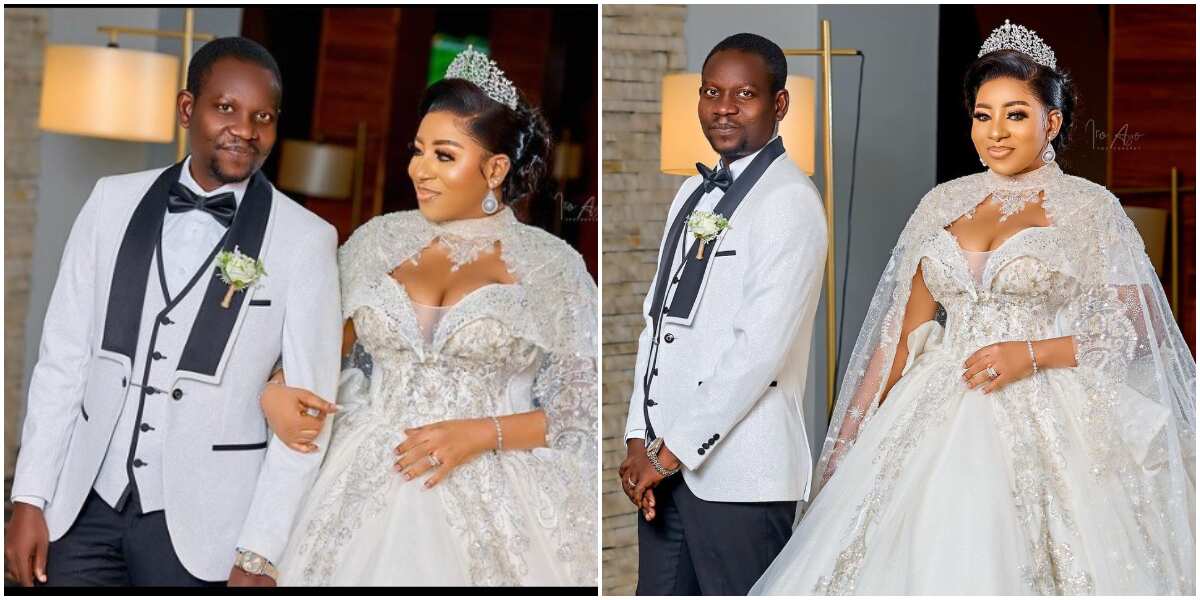 It is usually rare to see couples whose birthdays fall in the same months and are only a few hours apart.

After celebrating her birthday on Tuesday April 12th, Nollywood actress Mide Martins took to social media to share some beautiful photos of her and her husband Afeez Owo whose birthday falls on Wednesday April 13th.

The theme of their photoshoot had many raving as they dressed in similar outfits to newly married couples.

While Mide rocked a bride’s wedding dress, Afeez dressed like a groom.

See the photo below:

Since then, Nollywood stars, as well as fans and supporters of the celebrity couples, have been using social media to celebrate with them.

Legit.ng captured some of the reactions, see below:

“Happy birthday and congratulations to you both ❤️❤️❤️.”

“Where is Baba Tribal Mark this photographer happy birthday.”

Our favorite couple: Fans swarm as Temi Otedola shows off the engagement ring and shares a romantic kiss with Mr Eazi

Omoni Oboli exchanges words with recruiters at a film location

Nollywood film star Omoni Oboli gave fans a glimpse of what some film stars experience on the field when it comes to film production.

Omoni, who is working on a new project, shared a video from filming that showed the moment some advertisers stormed the place to demand money.

While some of her crew members tried to control the situation, the actress shot a video showing the faces of some recruiters.