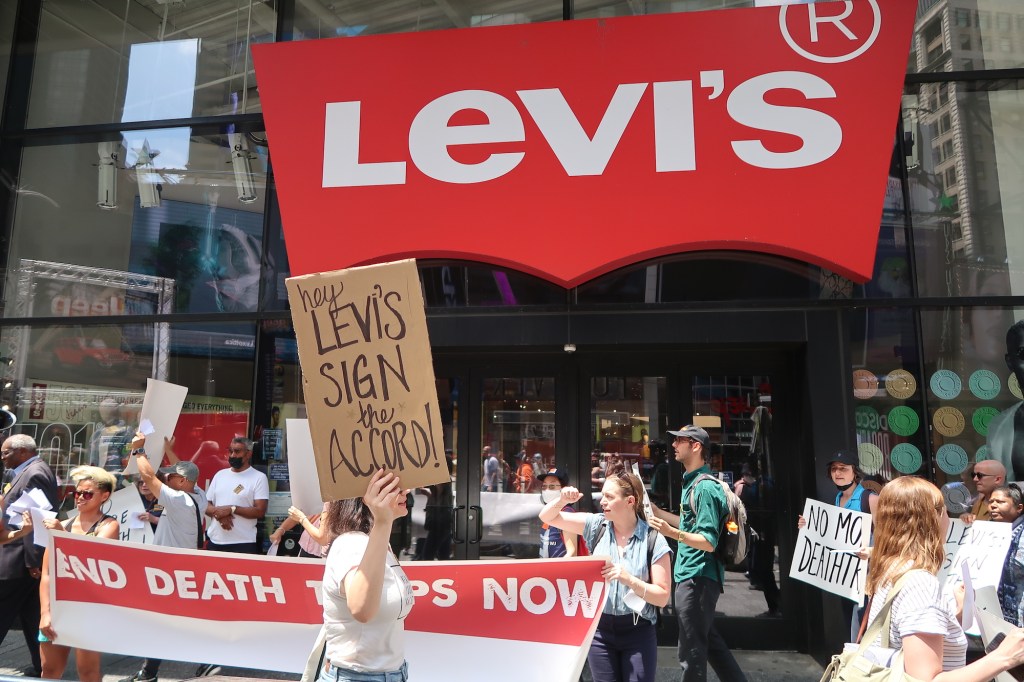 Remake, a global advocacy group campaigning for fair pay and climate justice in the apparel industry, this week is putting renewed pressure on Levi’s to sign the International Covenant on Health and Safety in the Textile and Garment Industry. The agreement has ensured safe factories since 2013 and is supported by 176 other brands including Tommy Hilfiger, Uniqlo, Zara, Adidas and H&M.

The agreement not only provides fire and building safety, but also protects the health and well-being of workers.

Cooperation with the Sommilito Garments Sramik Federation (SGSF), which represents 70,000 garment workers in Bangladesh; Labor Education Foundation, which includes Pakistani labor leaders, human rights and women’s rights activists; Remake, the American union Workers United and the Netherlands-based Clean Clothes Campaign, which has 235 unions, is staging a series of organized global protests against the jeans giant and its refusal to sign.

The week-long actions, timed to coincide with Labor Day and the start of New York Fashion Week on Friday, include the delivery of a letter about the deal to Levi’s chief executives worldwide and picketing at some of the chain’s locations. It’s also sending the message to key Levi’s executives via social media and email.

Remake previously protested outside of Levi’s Times Square flagship store over the same issue in June.

Remake claims that it has sent more than 1,700 emails to Levi’s senior management and posted hundreds of social media mentions of the company’s lack of involvement, but that Levi’s has declined to get involved, stating that its current self-managed program for worker and building safety is effective.

“At Levi Strauss & Co., we believe that workers who make our products work in a safe and healthy environment and should be treated with dignity and respect. We have therefore long invested in strengthening safety policies throughout our supply chain,” the company said in a statement on its building integrity and fire safety commitment released in March this year.

“In 1991, we were the first multinational to adopt a comprehensive supplier code of conduct, our Terms of Commitment, that prioritized worker safety, including annual fire safety assessments. Over the past 30 years, we have continued to direct our resources to efforts that make the greatest difference to workers in our supply chain, adjusting our policies and practices as needed,” she continued.

“Our current assessments of engagement terms are based on industry-leading standards and local law, conducted by specialized external experts. Following a risk-based approach, we also conduct third party assessments with direct suppliers operating in Cambodia and Pakistan and have processes in place to take corrective action where necessary. In 2022, we will complete the second phase of our assessment in Pakistan and our hotline for reporting third-party grievances will be extended to all factories in Bangladesh, Cambodia and Pakistan,” she added.

However, Remake counters that recently released videos by Pakistani and Bangladeshi unions show workers sharing the dangers they faced in making clothes for the company’s Denizen, Dockers and Levi’s brands.

“Levi’s commitment to ethical supply chains without signing the deal is just lip service in a world where complacency is a matter of life and death,” it said.

23 fall-ready menswear deals to help you really get dressed